Another author, David Epstein, writer of The Sports Gene, argued that “the 10,000 hour rule” which Anders Ericsson coined and Gladwell popularized* in his bestselling book may not be as true as everyone was led to believe. Sure, practice is important, he says, but all the practice in the world is useless without innate talent. Runners who start out slow (or writers who start out bad, for that matter) don't become world class, no matter how many hours of practice they put in. 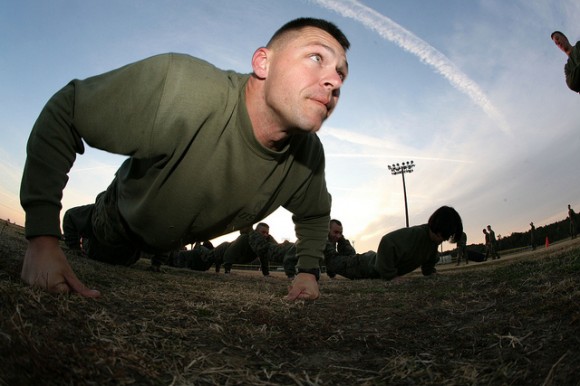 The Write Practice, of course, was built on the idea that to become a great writer, you must practice writing deliberately. So I was intrigued to read Gladwell's response to this claim against the 10,000 hour rule. It's worth reading.

In his article, Gladwell cites a study by Herbert Simon and William Chase, who say:

There are no instant experts in chess—certainly no instant masters or grandmasters. There appears not to be on record any case (including Bobby Fischer) where a person reached grandmaster level with less than about a decade's intense preoccupation with the game. We would estimate, very roughly, that a master has spent perhaps 10,000 to 50,000 hours staring at chess positions…

There are no instant experts, and this is true, Gladwell concludes, of all “cognitively complex activities… because they require that a very long list of situations and possibilities and scenarios be experienced and processed.”

Ten-thousand hours may not be a “rule.” It could be as easily called the 50,000 hour rule. Regardless, what's certain is the rule of practice.

“In cognitively demanding fields, there are no naturals.”

I would include writing as a cognitively complex activity, wouldn't you?

We practice every day, six days a week because we want to be among the best, because we are writers. It's who we are. We just write.

We dismiss procrastination and fear of failure. We reject writer's block. We practice.

Yes, it's difficult. It's not always enjoyable. We do it anyway.

This Is the Work of the Writer

I regularly get emails from writers who have great ideas for stories or books. They ask me, “I love this idea, but when I start writing, I get lost. I can never finish the pieces I start.”

Of course you can't. You haven't practiced enough.

This is why The Write Practice exists: to help you complete your ideas, to help you write the books you've always wanted to write. Unfortunately, we don't have many tips or magic formulas to help you. We just offer the hard rule of practice.

Someday, years from now, perhaps after 10,000 hours of practice, you will realize, astonished, that not only are you a writer, you are a good writer. A really good writer. And then you will write the book you always knew you could.

In the meantime, I hope you'll join us in practice.

*I originally wrote Gladwell coined the term, “10,000 hour rule,” though the observation was first made by Simon and Chase. Thanks to Richard Finn for setting me straight.