The 7 Types of Plots: Overcoming the Monster

My roommate and I spent a good chunk of Sunday evening watching Avatar on FX since neither of us had seen it, and it was apparently a huge deal when I was out of the country for eleven months. As we were watching, I said to her, “This is kind of like Pocahontas meets Fern Gully, but with sex.” She agreed, which got me thinking about the fact that a lot of our literature, television, and film is similar.

Christopher Booker had the same idea in 2004, and wrote The Seven Basic Plots: Why We Write Stories, which argues that all stories told in any medium can be categorized into one of seven archetypes. Today, we're covering the first plot: Overcoming the Monster. 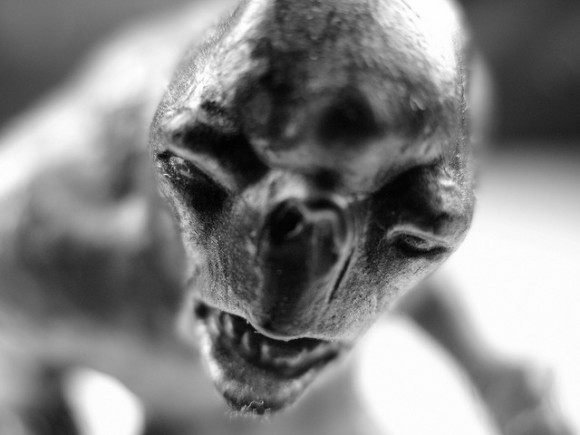 Overcoming the Monster is an underdog story where the hero sets out to destroy an evil of some kind. Generally, this evil is something larger or greater than the protagonist, and will take great courage and strength to defeat (the story would be over rather quickly otherwise).

There are five stages in an Overcoming the Monster plot.

The reader learns about the monster from afar, including its powers and reign of terror over the nearby community, and the hero accepts the call to defeat the monster.

The hero prepares to fight the monster while it is still a comfortable distance away, although the distance between the two is decreasing. In film, a training montage usually fits in right about here.

It's here! The monster! And it's even worse than we thought! The monster's power is revealed in all its terrible glory, and it looks like our hero is in way over his or her head.

Cue the epic battle music, because it is ON. And it's not going well for our hero, who is being absolutely pummeled by the monster. But wait! Just as all hope is lost, the major chords start peeking through on the background score, because the tide of battle is about to turn.

5. The Thrilling Escape from Death, and Death of the Monster.

Monster is defeated, hero emerges victorious, and the grateful people present him/her with treasure, a kingdom or something to rule over, and/or the local village hottie who is the hero's perfect other half.

This plot type is ancient, with Gilgamesh and the story of David and Goliath following this structure, although it still is common in contemporary films and literature, like Terminator, most of the Redwall series, and the Star Wars films.

Keep in mind that these plot types are not bad. Storytelling in one form or another has been around for thousands of years, so you're bound to reuse a few plot points, and there are still opportunities to play with the identity of the monster. Instead of a physical monster, it could be an abstraction, like fear, or a mundane monster, like finals week at a university. There's still room for creativity.

Need more plot help? After you practice these plot types in the exercise section below, check out my new book The Write Structure which helps writers make their plot better and write books readers love.

Get The Write Structure here »

Write a scene from one of the five stages of an Overcoming the Monster story. It doesn't have to detail all five stages; just pick one for this exercise. Once your fifteen minutes are up, post your practice in the comments, and leave notes for others who are taking the plunge. Happy writing!