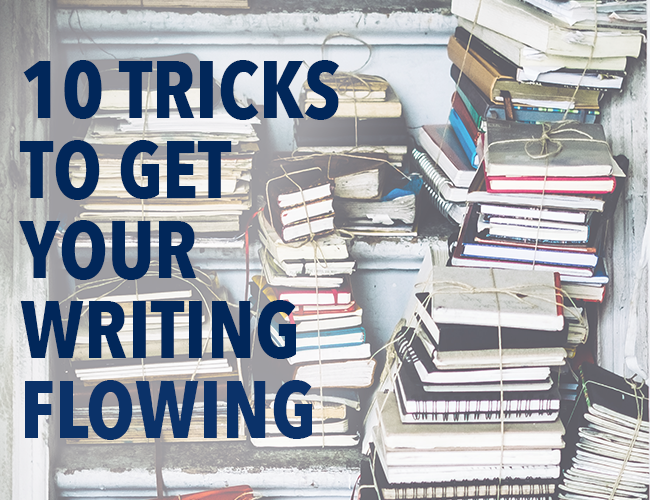 10 Tricks to Get Your Writing Flowing

For writers, as well as athletes, there’s nothing like being in the zone. Distractions fall away, time disappears, and your work seems to write itself. Unfortunately for most writers, being in the zone is rare—instead of inspiration, we feel dread; instead of knowing, we feel lost; and instead of excitement, we feel anxiety.

But it doesn’t have to be like this. In fact, according to the research of Susan Perry, Ph.D., there are several concrete writing techniques and practices that can actually make finding inspiration and “getting into the zone” an everyday occurrence.

How Spotify Can Make You a Better Writer

But as a learning writer, I had always assumed that music would be a distraction, that it would deaden my ability to hear my character’s voice, or make it harder to find the right words to explain a setting. I couldn’t have been more wrong: listening music can actually make you a better writer.