Sentence structure matters, no matter who you are.

You might be a student trying to get a passing grade on an essay, a guy trying to text to a smart girl without humiliating yourself, an employee writing a company-wide memo, or a writer working on your next book. When sentence structure gets out of whack, there can be consequences (no passing grade, no first date, no raise, no publishing contract, no bueno). 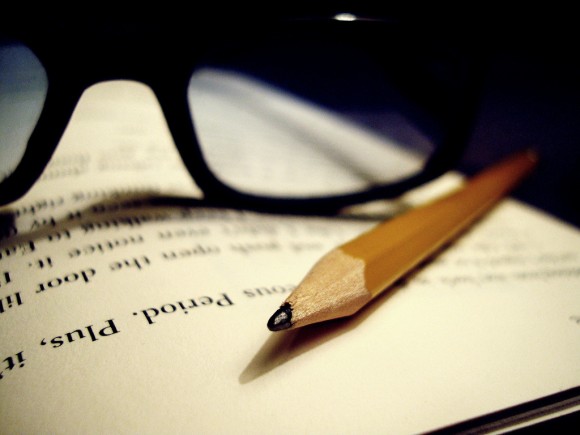 When you write, you use a different part of the brain than when you speak. That’s why writing can be so hard for many of us, myself included. You might communicate perfectly when you talk, but when you write, you stare at the screen for fifteen minutes trying to figure out what to say.

Who really needs to know what a subject and predicate is or why you shouldn’t use comma splices?

Who needs to know? You do! That is, if you don’t want to your writing to sound ridiculous. If you don’t structure your sentences correctly, your writing will sound strange, like there’s something “off” about it. This might not matter in a text message to your friends, but it could definitely matter when you’re writing that essay for English class or sending an important email for work.

To begin, let’s talk about the basics of sentence structure. If you’re serious about sentence structure, you probably already know what a subject and predicate is. For everyone else, here are the simple definitions:

Subject. The subject is what the sentence is about. For example: John drove his car off the bridge. Is John crazy?

Predicate. The predicate is what the subject is up to. In other words, the predicate “completes an idea about the subject,” according to Wikipedia. For example: John got out of the ruined car, and he laughed uproariously. A subject almost always includes a noun (there are some exceptions), but a predicate must include a verb.

Sometimes, a subject isn’t included in the sentence but just implied. For example, Don’t drive off bridges! Here, there is no subject, but it’s implied by the context.

For more complex explanations, use the following links (subject, predicate).

The 4 Types of Sentences

When you put a subject and a predicate together, you get a clause! (Yes, like Santa.) The fun thing is you can combine clauses together to form different types of sentences.

Good writers vary the types of sentences they use. For example, don’t use too many simple sentences. You might sound childish. However, if you use too many compound-complex sentences, your writing might be too difficult to understand.

Here are the four types of sentences:

Simple sentences contain a single clause (i.e. one subject, one predicate). Here are a few examples:

Compound sentences contain two independent clauses (independent because they could be their own sentences) which are joined together with a coordinating conjunction (i.e. and, but, or, so). Here are a few examples:

Complex sentences contain one independent clause and one or more dependent clauses (dependent because they couldn’t be their own sentence) which are joined together by a subordinating conjunction (e.g. that, because, if, etc.*)

Sometimes, when I drove over the bridge, my hand would start to turn the steering wheel toward the edge, but I would quickly stop myself because even I didn’t want to die.

You’ve seen how sentences are supposed to look, but what happens when sentences go wrong? And how can you avoid sounding like an idiot by structuring a sentence incorrectly? Here are four common ways sentence structure goes wrong:

What if you decided to take two sentences and join them with a comma instead of a period? (Or, for the grammarphiles, what if you joined two independent clauses with a comma but left out the subordinating conjunction?)

Here’s an example of a comma splice:

John broke his toe, he shouted in pain.

See what I mean? Don’t do that.

Instead, just put in a conjunction (and, but, or, so) or replace the comma with a period.

John broke his toe, and he shouted in pain.

John broke his toe. He shouted in pain

Here are a few examples:

Fragments are against the rules, but in certain situations, they can be used effectively as a stylistic choice. However, unless you know what you’re doing, it’s a good idea to avoid them.

A run-on sentence is kind of like a comma splice except you take out the comma. Here’s what I mean:

John broke his toe he shouted in pain.

Run-on sentences are bad. Put a period in between those clauses!

Why You Should Care About Sentence Structure?

You probably aren’t going to diagram every sentence from now on. However, by becoming familiar with correct sentence structure, you will become a better writer, and becoming a better writer could help you pass your next class, get a job, and avoid humiliation on Facebook. It sounds like a good choice to me!

Write a story about a guy who drove off a bridge. In your story, use at least one example of each of the four types of sentences we talked about above. Avoid the sentence-structure pitfalls.

Write for fifteen minutes. When you finish, post your practice in the comments section. And if you post, be sure to leave feedback for your fellow writers.