When It’s Time to Start Over

How many of you have been writing for a while? This article is for you—though if you’re brand-new, this will eventually apply to you, too. Ahem. There will come a day when it’s time to start that story over from scratch. 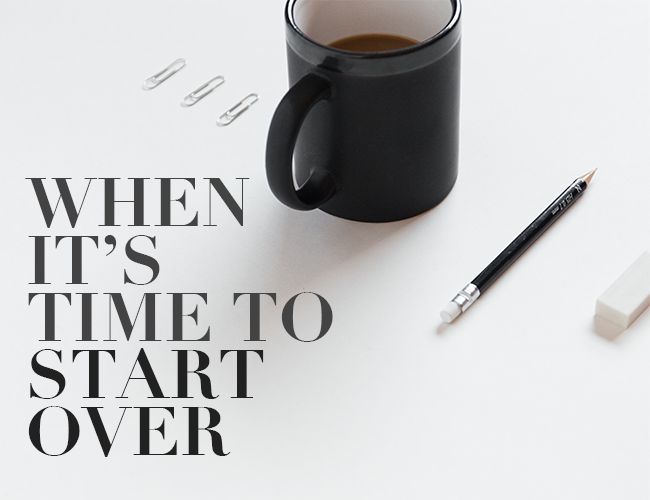 How I Learned It Was Time to Start Over

I have a book I’ve been working on since 2007. In the meantime, I’ve successfully published several other books, but I keep going back to this one because it’s my baby.

It’s the life-story of the character who literally ties everything in my series together. It covers fifteen millennia (yes, you read that right). It’s big and important and frightening—and I’ve worked on it and worked on it and added to it and taken chapters away and added more and completed THREE NaNoWriMos entirely with that book and I still never got it done.

I wept over this. Prayed over this. Plotted, outlined, took a couple of courses on how to finish a book, applied every single technique I knew.

It never worked. No matter what I did, this book sputtered and stalled and—like some fascinating but useless ancient car—would go no further. 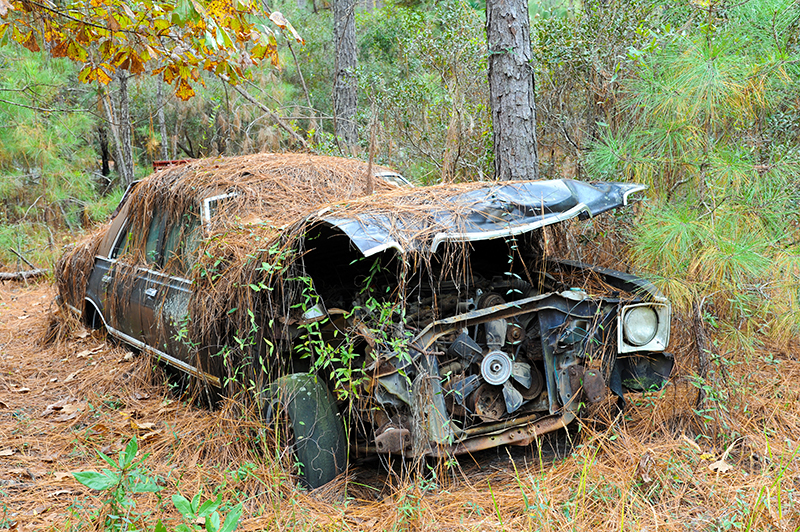 “I got bad news about your car, Harvey. I don’t think it’s gonna win the cup this year.”

I couldn’t just give up on the book. This book contains too much of my soul; it couldn’t just become a trunk novel. I had to find a way to finish it. So last week, I did something insane and bold and also boldly insane: I started over from scratch and wrote it fresh from page one.

Please understand what this means.

It means I took the chapters I KNEW were good, the ones I’ve had on my website as a teaser for years, and I put them aside as if they’d never existed. I literally started with chapter one, page one, abandoning the thousands of words I’d stood upon as my bedrock and foundation.

And guess what happened?

The words began pouring out. Words that had evaded my grip for nearly ten freaking years suddenly came as easily as though I were just telling a story I already knew, had already told, and was as comfortable with as my own skin.

Long story short: I wrote 20,000 words last week. I don’t know if I can keep that speed up, but right now, that character is utterly available to me, and writing this story feels like taking a fully-baked cake from the oven: it’s done and ready to eat.

How to Tell It’s Time

I share this long and rambling tale to help you out. There will come a time when something you’ve been working on forever needs to be put aside and started from scratch.

Yes, no matter how good those chapters are.

Don’t even copy portions of them over. Don’t do it. Just don’t.

How do you know when it’s time? Here’s a handy-dandy checklist for you to follow:

Then you, my friend, need a fresh start.

I can’t emphasize this enough:

“
If you’ve gone over the same chapters again and again, it’s time to put them aside and start over.
Tweet this
Tweet

Think of this as the ultimate application of Stephen King’s words:

Or, to return to my previous baking analogy, it’s like trying to work with dough in which the yeast is dead. You can’t bring that yeast back to life. You have to start a new batch of dough—plain and simple.

If you’ve found yourself stuck on the same old story forever, maybe it’s your turn to put those old chapters aside, no matter how hard you’ve worked on them, and start fresh. I promise your story will benefit.

Have you struggled for years with a story that refuses to end? Let us know in the comments.

Which piece have you been unable to finish because it keeps stalling? I want you to take the next fifteen minutes and start that story fresh. Write it as if you’ve never told it before, and really listen to your characters. When you’re through, share your writing in the comments below. And if you share, be sure to leave feedback for at least three other writers!