Are You In A Complicated Relationship With Your Characters?

This guest post is by Devin Berglund. Devin is a writer, dreamer, wanderer & all-time enjoyer of life. She recently finished her novel, The Mason of Hearts, the first book in a Fantasy Adventure trilogy (she’s looking for an agent, by the way). You can find her on her blog, devinberglund.com, and on her Facebook Page. Thanks Devin!

I sat at the computer rubbing my brow. I’d written at least 60,000 words in my work in progress so far and my main character was still giving me a hard time. Others were having temper tantrums, standing in the shadowed corner of my mind with their arms crossed. 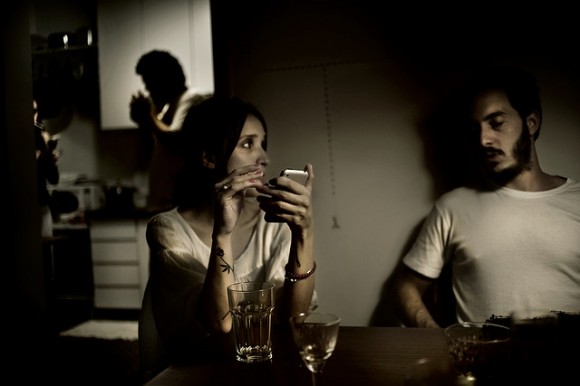 I followed all the tips I could find on inspiration and getting out of writer’s block, but I couldn’t figure out why they weren’t speaking to me. Have you ever felt this way? Or experienced something similar?

Three Steps to “Defining the Relationship” With Your Characters

When I found myself struggling with my characters, I decided to take a step back to reevaluate my story, the characters, and where they needed to go. It was then, that I realized a relationship with your characters is a lot like a dating relationship.

You need to know your characters inside and out. Do you know what they love and hate? How about what they want? If not, spend a little time with one character at a time and get to know them. Ask your character questions like you are meeting them for the first time, in a session of speed dating. Listen to what they say.

When you don’t know your characters you risk making a mess of things. Some writers get stuck in their manuscript and call it a writer’s block. Then they wander around lost without writing for days and even weeks, because they are blocked. I know many other writers who believe it’s because the writer doesn’t know their characters or the world in which they are writing, well enough.

2.) Are you (the writer) not listening to them?

Just as in any relationship, I am sure your spouse, boyfriend, or girlfriend would get mad if you didn’t listen to them. Right? Well, It is definitely the same for your characters.

This was one of my problems. I was not listening to my characters. I wrote what I wanted to, which resulted in my characters sulking in shadowy corners. But once I started another book involving the same characters – they started coming alive. They were no longer in a dark corner, because I was listening.

Sometimes I’d find myself writing something, to realize I hadn’t written it how my character would have said it. Then I’d delete it and take a deep breath before shutting my eyes to picture the scene. My fingers moved on the keyboard quickly. They were speaking.

When answering this question, it could result in minor or major dialogue and character changes like getting rid of a few characters or deleting half of your story/WIP. It could lead you into turning your book into a Trilogy, which is what happened to me.

I stepped back and realized my characters had more of a story to tell and they weren’t ready to show me the section I was writing about – yet. So, instead I set out to write the part they wanted me to write.

Is your character uninterested in your plot? Do they feel like this isn’t their story? Do they add to your story? Or do they resemble a cardboard cutout, adding nothing to your story?

I find this a difficult rule to practice, because who wants to breakup with a character? If your character isn’t fitting into or adding anything to your story then you may need to break up with them and focus on other characters that will add to your story. 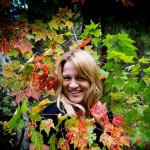 This guest post is by Devin Berglund. Devin is a writer, dreamer, wanderer & all-time enjoyer of life. She recently finished her novel, The Mason of Hearts, the first book in a Fantasy Adventure trilogy (she's looking for an agent, by the way). You can find her on her blog, devinberglund.com, and on her Facebook Page.