But did you also know that there are different levels of anti-heroes? I mean, there is a difference between Batman and Frodo, and yes, Frodo is technically an anti-hero.

TVTropes does a great breakdown of the different types of anti-heroes, and we’re summing those up for you here. 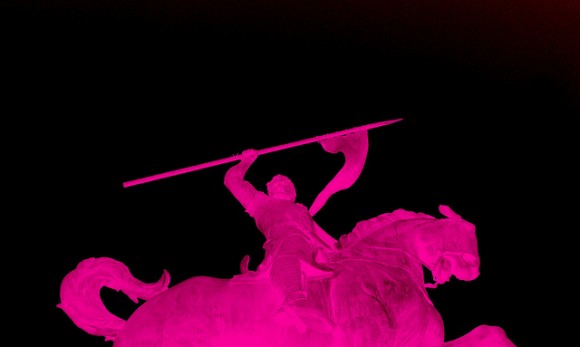 Traditionally, a classical hero is a character who always wins their battles, with sharp intellect, unshakable self-confidence, and excellent judgment.

So it stands to logic that the classical anti-hero, which is the original anti-hero, is terrible in a fight, is not the brightest crayon in the box, riddled with self-doubt, and makes decisions based on self-preservation instead of bravery. The classical anti-hero’s story arc follows the conquering of his own fears and coming to terms with himself to fight whatever threat faces him.

Frodo falls into this category, since he’s a decent guy, but there’s a lot of baggage that comes with carrying that ring through three books.

This is what most people tend to think of today when they think of an anti-hero. At his core, the Disney Anti-Hero is still fundamentally good, but doesn’t have the relentless optimism of a classical hero.

They tend to be sarcastic and more realistic, and tend to put logic before honor, but they won’t outright perform acts that are morally ambiguous. Like the Classical Anti-Hero, odds are pretty good that this type of anti-hero will develop into a classical hero by story’s end.

Haymitch Abernathy from the Hunger Games trilogy and Severus Snape of Harry Potter fame are two good examples of this type of anti-hero.

They won’t kill indiscriminately though: anyone who dies at the hand of the Pragmatic Anti-Hero either had it coming, or had to be killed in order to achieve the higher goal. These anti-heroes are equally as likely to defect from classical heroism by the end of the story as they are to convert.

Harry Potter himself, by the end of the series, fulfills this role, as he is constantly breaking rules, and uses two unforgivable curses and robs a bank by series’ end in order to off Voldemort once and for all.

This is as dark as you can get with your anti-hero while still being technically good.

The Unscrupulous Hero lives in a world that has a morality that is made up of varying shades of grey, with their grey being slightly lighter than that of the villains. Often they live in a really crappy setting, which accounts for their distrust of humanity and penchant towards violence. They’re big on revenge, and when they take their revenge, count on it being something to see. There might be some collateral damage in their actions, but that doesn’t faze them.

Jack Sparrow of the Pirates of the Caribbean film series and the Blues Brothers of the titular film are examples of this type of anti-hero: their intentions are good, and they are fighting on the moral high side, but they don’t really care how much damage they cause or who they double-cross on their way to achieving their goals.

The “Hero” in Name Only

These anti-heroes fight on the side of good, but they have no good motivation. Either their intentions are completely selfish, and they only happen to be pointing their weapons at the token bad guys, or their motivations are only slightly less terrible than the villains’. Sometimes they’re just bored and need someone to point a gun at.

You’ll still root for them, but you won’t agree with a lot of the ways they do things.

Sherlock Holmes in the BBC’s re-imagining of the character is an example, since he explicitly describes himself as a high-functioning sociopath, and makes it clear that he only takes on cases that he finds mentally stimulating. Dexter of the TV series of the same name walks the line between this and a villain protagonist.

Which is your favorite anti-hero type?

Pick one of these types of anti-heroes and write for fifteen minutes, introducing your reader to the character. Give a sense of your anti-hero’s motivation. Post your practice in the comments and leave notes for your fellow writers.