How to Surprise Your Reader in a Downton Abbey World

One of my roommates and I started watching Downton Abbey last week, and within four evenings had finished the first two seasons and are almost all caught up. It’s a really engrossing show, for those of you who haven’t seen it, and Maggie Smith is a treasure (and a Golden Globe winner). 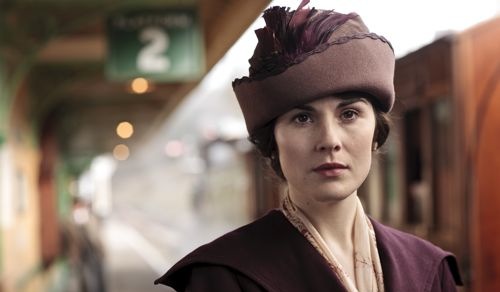 However, between the two of us, we were able to predict a fair number of the plot twists. It’s no fault of Downton’s writers, to be sure. When you consume pop culture, whether it be in the form of books, TV, music, or film, you’re bound to catch on to patterns in the storytelling.

It’s the same principle that allows you to pick out the killer in basically any crime procedural within the first fifteen minutes if you’ve seen enough episodes. As audience members, we know enough to understand how a typical hour of CSI works. We know that if you are stuck in a cabin at night in the middle of Death Forest and you hear a noise outside, it’s probably not a great idea to go by yourself armed with a wooden spoon to investigate.

When a character in the story exhibits this knowledge and understanding of pop culture, they’re exhibiting “genre savviness,” which injects postmodernism into the work. Being genre savvy doesn’t mean the character knows that they’re in a story; it just means that they’re familiar enough with similar stories to know how things work in that type of story.

Or The Incredibles, when the beefy superdad wants a cape and the snappy designer says, “No capes,” followed by a montage of superheros dying because their capes got caught in jet engines and such, that’s genre savviness.

Giving one or multiple characters some level of genre awareness can turn a tired horror story into the Scream franchise, or when applied to a villain, can make the villain nigh-invincible (like one of these  “evil overlord” lists).

Have you ever written a story where the character was aware of their genre?

Pick a genre that usually suffers from predictability (horror, crime, Nicholas Sparks, etc.) and create a genre savvy character in that element. Write for fifteen minutes and explore how typical storylines would change with your new character’s awareness. Post your practice in the comments and leave notes for your fellow writers.