Today’s guest post is by Michael Mahin. Michael is a repped screenwriter and children’s book author, with two books forthcoming from Atheneum and Clarion. He blogs about writing and dreaming big at MichaelMahin.com. He also runs a web design business that caters to building sites for writers, actors, and other creative types.

Over time, these kinds of thoughts can turn into a constant stream of negative self-talk that saps our creative energy and leads us to self-doubt. So how do we fix our bad attitudes and start thinking like a great writer? 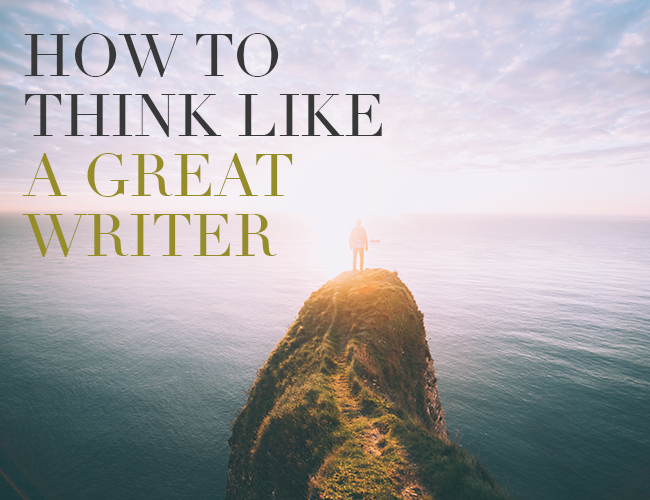 Nightingale was clearly talking about the effect that one’s attitude has on one’s experience. It seems to me the same could be said about writing.

How a Positive Attitude Can Help You Find Your Flow

If you read my last post, you’ll know that Susan Perry’s Writing in Flow: Keys to Enhanced Creativity (1999) is a distillation of hundreds of interviews with award-winning writers and her discoveries about how great writers achieve peak performance and “find their flow.”

Perry does not suggest that all you need to be a great writer is the “right” attitude. Rather her study is more realistic and practical. As she writes,

“If you are so inclined, you can change your attitudes in such a way that you will become a more productive writer, a writer who is more comfortable and self-assured about the creative process itself.”

In the same way that we learn how to structure a story, so we can also learn to cultivate the right attitudes.

In her many interviews of successful writers, Perry observes these common positive attitudes:

Contrary to our fantasies about what being a great writer means, it does not mean an end to self-doubt and frustration, or what Steven Pressfield, in his book The War of Art (2002), would call “resistance.” (I’ve written more about this awesome book here.) Rather, it means having attitudes and/or practices in place that help us deal with the various “bad attitudes” and obstacles that inevitably arise.

Perry’s list gives us a good idea of how great writers seem to adopt certain positive attitudes that help them counteract the bad ones.

How to Cultivate a Positive Attitude

In her book, Perry describes how best-selling author Michael Crichton dealt with the self-doubt that plagued him:

“Crichton keeps a journal during the writing of his books, so that when he starts getting that ‘I never should have started this, it’s garbage’ feeling, he looks back and sees that he felt the same way at a certain point while working on previous novels.”

If you struggle with self-doubt, keeping a journal of this sort might help you mitigate and understand the nature of your negative attitude. Regardless, identifying and understanding that attitude is the first step.

Thinking like a great writer is not about telling yourself “you’re great,” but rather identifying the attitudes that don’t serve you while cultivating other more positive attitudes and practices that will.

What persistent negative thoughts or frustrations do you struggle with as a writer? How do you combat them? Let me know in the comments, and I’ll share mine, too!

Make a list of three positive attitudes you could have about writing.

Then, find a piece of writing you’ve been struggling with. Or start something new — perhaps a story about a young writer with confidence problems who has a new crush.

Take fifteen minutes to write, embodying your three positive attitudes as you go. When you’re done, share your attitudes and your practice in the comments.