All the Pretty Words: Writing In the Style of Cormac McCarthy

This guest post is by British author Sanjida O'Connell. You can follow Sanjida on Facebook. Her latest novel, Sugar Island, is out in paperback on March 15, published by John Murray. Today, she's talking about American author Cormac McCarthy, who happens to be one of my favorite writers of all time. Enjoy!

As I was riding across the steppes of Outer Mongolia (it hurt to sit down for a year afterwards), beneath horizons that appeared to be of limitless blue, I thought this was a country that called for an elemental style. 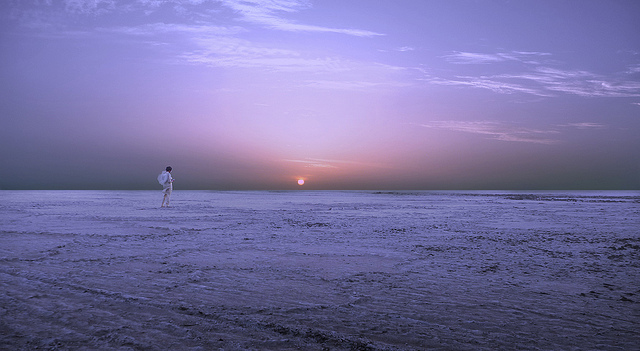 I’ve always loved Cormac McCarthy and amongst his many talents is the nature of his prose. “Clean and hard as pebbles,” says the Independent on Sunday; “language as subtly beautiful as its desert setting,” the Sunday Times. His style has been likened to The Old Testament and described as, “formidable,” “overpowering,” “transcendent.” To me his writing is beautiful and direct, naked and almost pagan in its connection to the landscape and base human nature.

In All the Pretty Horses, his most accessible book, he begins:

At the hour he’d always choose when the shadows were long and the ancient road was shaped before him in the rose and canted light like a dream of the past where the painted ponies and the riders of that lost nation came down out of the north with their faces chalked and their long hair plaited and each armed for war which was their life and the women and children and women with children at their breasts all of them pledged in blood and redeemable in blood only.

Every writer has their own distinctive voice but I believe style can be altered at least somewhat to match your subject. Even though PD James is writing detective fiction, for instance, by setting her latest novel, Death at Pemberley, as a sequel to Austen’s Pride and Prejudice, her writing resonates with Austenian style.

My trip to Mongolia was to research my third novel, The Naked Name of Love, and whilst I did not make it too McCarthy-esque (it’s set in the Victorian era), I did borrow some of his terseness and his grandeur and, above all, the lack of speech marks. I felt that in a country as raw and ancient as Mongolia, the words of those who spoke as they traversed the steppes or the Gobi desert, should be an integral part of that primitive landscape. I did use commas, though.

Write a paragraph in the style of Cormac McCarthy about a recent travel experience.

Think about the way McCarthy juxtaposes very long and brutally short sentences with little punctuation and alternates between the mundane (‘They bought baloney and cheese and a loaf of bread and a jar of mayonnaise. They bought a box of crackers and…etc’) and the transcendental (‘should all horses vanish from the face of the earth the soul of the horse would not also perish for there would be nothing out of which to replenish it’) and raw description (‘the shapes of trailing moss in the rips below the ford flared and twisted electric green’).

Write for fifteen minutes. When you’re finished, post your practice in the comments. 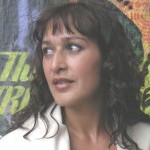 Dr Sanjida O’Connell is a writer based in Bristol in the UK. She’s had four works of non-fiction and four novels published. Sugar Island, her latest novel, is about a young English actress whose husband takes her to Georgia, where she finds herself caught in the middle of the American Civil War.