How to Be a Super Hero: Create an Alter Ego 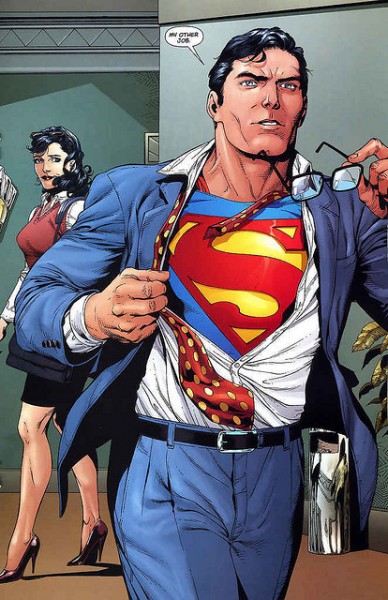 If you want to learn how to be a super hero, you need an alter ego, but alter egos are everywhere, not just among those with super powers. The protagonist in your novel, whether super or not so much, can have an alter ego, too. In fact, alter egos are a great characterization strategy.

Female singers seem to be very fond of alter egos: Beyonce has Sasha Fierce, Mariah Carey has Mimi, Nicki Minaj has Harajuku Barbie (whatever the heck that means).

Dudes get in on it too; see Garth Brooks’ experiment as Chris Gaines, and David Bowie’s turn as Ziggy Stardust.

Alter Egos In the Movies

Pretty much any spy novel or movie will have code names or alter egos (interestingly enough, James Bond seems less than fond of cover identities). Characters on television will get in on this too: Parks and Recreation has two characters who go by the aliases of Janet Snakehole and Burt Macklin, and The Office has Michael Scott’s alter ego of Michael Scarn.

One of the most famous alter egos is that of Superman, the mild-mannered reporter Clark Kent.

Alter egos allow your characters to take time off from their regular lives and enter a different world, whether it be as a real crime-fighter, or as the nonexistent daughter of a fictional bar owner. It can allow them to protect their loved ones, or just give them a chance to blow off some steam.

The one thing almost all alter egos have in common though: their name sounds amazing.

Have you ever used an alter ego in your stories? What is he or she like?

Imagine a second life for a well-known character in fiction, or for one of your own characters. Write for fifteen minutes about a day in the life of the alter ego. Post your practice in the comments and don’t forget to check out the work of your fellow writers.