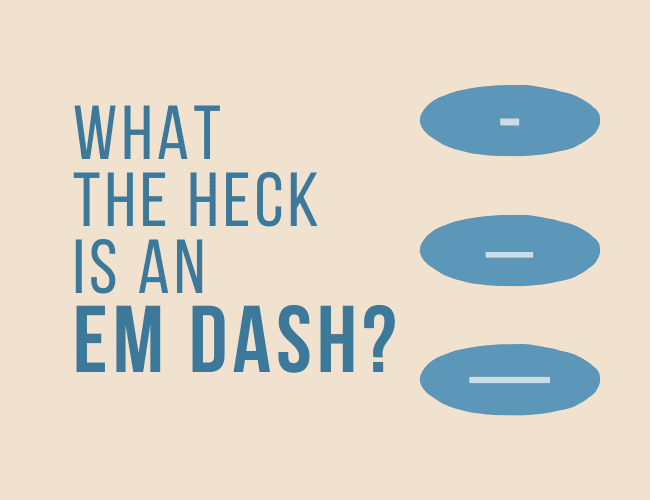 Em Dash Shortcut: What the Heck Is an Em Dash and How Do You Use It Correctly?

And now, another punctuation term that you probably have never heard before: the em dash.

Truthfully, I was ignorant of the em dash until Joe first approached me about a punctuation post.

So I did what any educated American would do and went straight to Wikipedia. Here’s what I learned. 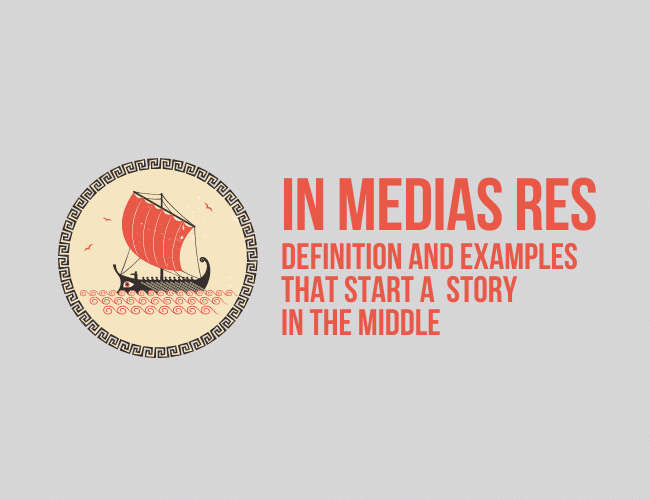 In Medias Res: Definition and Examples That Start a Story in the Middle

One way to tell a story is to introduce the reader to the environment of the story. Descriptions of foliage and dirt roads, or of skyscrapers and clanging subway gears, can get the reader acclimated to the setting and can be a way to introduce the protagonist as a product of their surroundings.

But sometimes you just don’t have the patience for that. You want to hit the ground with the plot running at full speed, and once you’ve gotten the reader’s attention and piqued their curiosity, then maybe you explain what’s going on and how things got here.

Welcome to the world of in medias res.

I’ve recently gotten my roommates to watch Arrested Development with me, which is great because Netflix released the new season a couple weeks ago (which I still haven’t watched), so the three of us are working through the first three seasons together. We’re pretty much all snickering through each episode. But that’s the whole point of comedy, right?

Welcome to the last of the seven basic plots: the Comedy.

Hard to believe as it may be, we’re down to the final two basic plots, but they’re also the two most well known.

These two basic plot types make up the two halves of the drama masks that represent classic theatre, and you can categorize most of Shakespeare’s plays into one of the two.

I have a confession to make: I’m kind of into Doctor Who. In general, sci-fi is not my thing, and if there are aliens involved, it is even less my thing, yet here we are. I think it’s the characters and their arcs that make me keep watching (that, and the fact that David Tennant is probably the most adorable man on the face of the planet). The series got its start in the 1960s, and is currently on its 11th Doctor. How does that work, you ask? Briefly, the Doctor is an alien who can regenerate himself when he’s close to dying. He’ll take on a new appearance and personality, but have the same memories. Neat way for the series to live on forever, eh?

This regeneration, while not exactly its own plot, brings me to the next type of plot of Booker’s seven: Rebirth.