What Having a Baby Taught Me About Writing 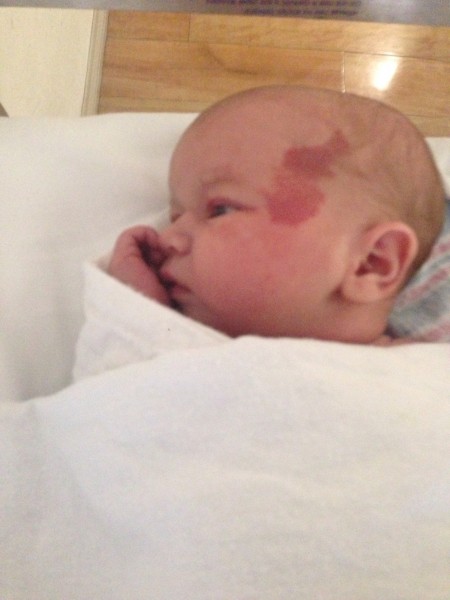 On Thursday, April 18, my son Marston Atticus made his dramatic entrance into the world. In the last week, I have changed forty-seven diapers, swaddled him sixty-four times, and bounced him to sleep for innumerable hours.

What I haven't done much of is write. Yes, I've jotted down the occasional note to jog my memory later, but this post is the first serious writing I've managed to do. Babies take a lot of time!

However, having a baby has also taught me something surprising about writing and drama.

The Two Elements of Drama

There are two essential elements to create drama and suspense in your writing:

If you don't have a character you care about, you won't care about her future and whether she gets the things she wants. That's why so much writing advice says protagonists must be likable.

Suspense requires empathy, and to tell a good story, you have to make the reader care about your characters. (Care to tweet that?)

However, if you don't create events that throw the future of your characters into doubt, if you don't make the reader ask “What happens next,” you won't have much of a story. Suspense requires both empathy and doubt.

How to Create Drama In Life and Art

Life contains it's own drama, but different stages of life have different levels of drama:

As a new parent, I've found I'm constantly asking dramatic questions: Will he like me? Will he grow up to be happy? Will I be a good parent?

And of course, there are the worries, the vivid scenarios that every parent plays in their minds. The question “What's the worst that could happen” is much worse than ever: What if I drop him on the concrete sidewalk? What if we get into a car accident and his car seat fails? What if he chokes on something and I can't get it out?

Writing With a Baby

Your characters are your babies, and I'm realizing that having a child of your own helps you become a better parent to your characters.

You become more empathetic. You have a deeper perspective into the human condition. And you're constantly imagining vivid, frightening scenes of things that could go wrong for your child (or is that just me?), perfect material for your stories.

The suggestion that you should have children to improve your writing might be going to far, but what I'm coming to find is that living life to its fullest and caring deeply about others is one of the best ways to become a better writer.

What about you? What has having children taught you about writing and storytelling?

Tell a story that answers the question, “What's the worst that could happen?”

Write for fifteen minutes. When your time is up, post your practice in the comments section. And if you post, be sure to comment on a few practices by other writers.