Why Character Names Are the Secret Ingredient to Your Story

This guest post is by Elise Abram. Elise is an English and Computer Studies teacher by day, wife and mother by night, and author whenever she can steal some time. Elise is the author of four books, including her latest book, The Revenant. Check out her blog, eliseabram.com. Thanks for joining us again, Elise!

Helen Hunt Jackson, American poet, author and activist (1830 – 1885) once questioned, “Bee to the blossom, moth to the flame; Each to his passion; what’s in a name?”

Quite a lot, if you’re a fictional character. 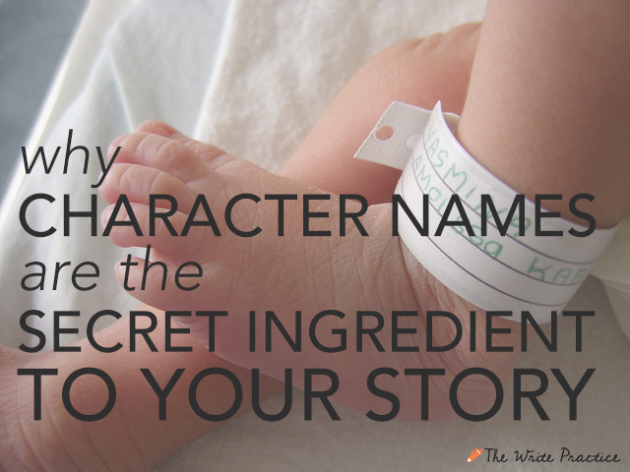 Photo by kaatjervoort (creative commons). Adapted by The Write Practice.

No matter how real they may seem, fictional characters are constructs, a series of made up life experiences and carefully selected character traits that help move stories along. Everything about fictional characters–from their likes and dislikes to their deepest hopes and desires–is deliberately constructed to establish plot, theme, and symbolism. When considered from this perspective, it stands to reason that character names should be carefully and deliberately constructed as well.

You Should Be Paying More Attention To Your Character Names

Veruca Salt from Charlie and the Chocolate Factory fame is one of them. A veruca is a wart that, while not harmful, can cause pain, which makes it more of a nuisance than anything else. Veruca Salt and her demands certainly cause her parents pain, and even though her behavior poses a nuisance for Willy Wonka, she’s really quite harmless.

Cruella de Vil from 101 Dalmations is another example. Cruella sounds like a derivative of “cruel”. Her last name, “Vil” could be a reference to her role as villain of the story. It could also be short for “village”, implying she is represents cruel evil in the village, an idea underscored by the word the last four letters of her name spells.

Given that George Wickham in Pride and Prejudice sullies the reputation of protagonist Lizzy’s younger sister and then blackmails the family to keep it quiet, his behavior is nothing short of wicked, proving that he, too, is aptly named.

How to Improve the Character Names in Your Stories

I’ve tried this in my writing as well. In my novel, The Revenant, Malchus is the antagonist, a necromancer recently raised from the dead and in the process of raising an army of zombies to build his empire. Dictionary.com defines “Mal” as “a combining form meaning ‘bad’, ‘wrongful’ [or] ‘ill'”. The second part of the name is made up of a hard consonant sound (‘ch’ sounds like ‘k’ in this instance), and the ‘s’ at the end connotes the hiss of a snake, both of which apply to Malchus’s cold and underhanded character.

In my work in progress, I Was, Am, Will Be Alice, the main character, Alice Mabel Carroll, takes her first name from Alice in Wonderland and Through the Looking Glass, as her weird ability to time travel turns her life topsy-turvy, much like what happens to Alice when she visits Wonderland. Her middle name is taken from a girl Alice confuses herself with in the story. Her last name pays homage to Lewis Carroll, the author of the series.

How about you? How do you come up with good character names? Share in the comments.

Your assignment is to revisit the name of a character in something you’ve written. Choose either something from the past or a current work in progress.

The name you choose could be an allusion to a character from another piece of literature, an association with a real-life personality (living or dead), or descriptive of your character’s strongest character trait(s).

I can’t wait to see what you come up with.

Post the character names you come up with, as well as the traits from which they were derived, in the comments below.