The Secret to Bringing Your Characters to Life

It’s Atticus Finch giving advice to Scout that shows us he is a man of empathy and compassion. It’s Frank Underwood banging his class ring on the table that reminds us he is in command. It’s Holden Caulfield using phrases like “vomity” and “grow up” that helps us remember that he is an adolescent. 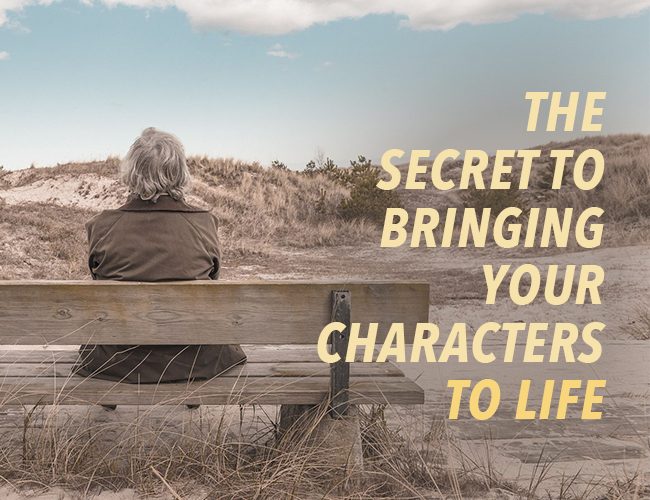 Using indirect characterization can make our heroes and villains leap from the page and come to life in our readers' minds.

What Is Indirect Characterization?

Direct characterization is when the author tells the reader about a character.

Jack was a rambunctious boy.

Jill was a clumsy girl.

While it is something we have to do on occasion, when done too often, it can make a story flat and dull.

Indirect characterization is far more fun. This is when the author tells a reader about a character through the character’s repeated words, reoccurring actions, or physical descriptions.

As he did every day, Jack ran wildly down the hill with reckless abandon.

Jill stumbled on her untied shoelaces for the fourth time that day.

1. It Reminds the Reader of Harry’s Past

Through this one simple physical attribute, a lightening-shaped scar, readers are reminded of when Harry received the wound. Every mention of the scar propels readers back in time to the moment when Harry’s parents died, but he lived.

To refresh the backstory without giving paragraphs of emotionally charged narrative, Rowling simply needs to mention the scar, and readers remember the sacrifice of Harry’s parents.

2. It Reveals Who Harry Is

Scars are what is left after a wound. To get one, a character must go and do. Scars are created  by battles. They carry tales of adventure.

By making a scar her protagonist’s identifying feature, Rowling tells readers that Harry is a fighter. He is not one to hide in the shadows. He is a hero of action. The scar reveals something about who Harry is.

3. It Hints at Harry’s Future

At key moments in the narrative, Harry’s scar will ache. This small device reminds the reader that the wound has not healed, and that the story is not over. It hints at unresolved conflict between Harry and his nemesis, Voldemort—the one who gave him the scar.

Rather than telling us there is a battle coming, all Rowling needs to do is have Harry rub his scar, and we know that there is a confrontation looming.

Time to Get Creative

Maybe your character has a unique tattoo or a phrase she repeats. Maybe there is a white streak in his hair or a paper clip she bends into interesting shapes as she talks. Does he smoke two cigarettes at once? Does she bounce her knee under the table? Is there a burn behind her ear, or a bar code on his neck?

What is it about your character that is going to make us remember him? What about her will remind us of what has happened, who she is, and what is coming for her?

Don't just tell us. Use indirect characterizations like physical attributes, repeated words, or reoccurring actions to bring your characters to life.

What are some ways you indirectly characterize your characters? Let me know in the comments.

Write about a character for fifteen minutes. Using indirect characterization, tell us about the character. Give us a picture of where he/she has been, who he/she is, and what is coming for him/her.

Once you are done writing, post your work in the comments. Then go and comment on other authors' characters.