Chekhov's Gun and the Art of Foreshadowing

Foreshadowing is common enough in storytelling: the burning scar of Harry Potter, Peeta Mellark's ability to frost cakes, all the hand motifs in Arrested Development,  everything in LOST. A well-placed note of foreshadowing can come back to the reader as a smack on the head or a revelatory twist ending. One of the most well-known foreshadowing techniques gets its name from the playwright Anton Chekhov. He famously said that if there is a rifle onstage in the first act, then it absolutely must go off in the second or third act. If it's not going to go off, it's got no business being present.

This object, skill, or other source of foreshadowing is referred to as Chekhov's gun. 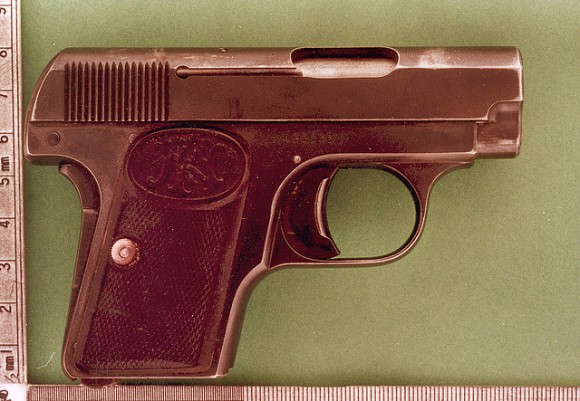 Often, Chekhov's gun is present enough in the story that its later importance isn't coming completely out of nowhere, but it is innocuous enough that the reader won't notice it until a second or even third reading. J.K. Rowling has a history with Chekhov's guns in the Harry Potter series, as well as in her first book for adults, The Casual Vacancy. Viewing The Usual Suspects repeatedly after having your mind blown by it the first time can reveal some interesting firearms from Chekhov's arsenal as well.

The key of a successful Chekhov's gun utilization is that the metaphorical gun actually goes off in the second or third act of the story. If an element of foreshadowing does not come to fruition later in the story, it's known as a red herring, a popular device in mystery novels.

Can you think of any other examples of Chekhov's gun from novels or films?

Practice foreshadowing by writing a scene, early in the first act of a story, and slip in Chekhov's gun. Don't fire it yet (or if you do, don't let it hurt anyone). Just make it present somehow.

Write for fifteen minutes. When you're time is up, share your practice in the comments section. And if you share, be sure to give feedback to a few practices by other writers.