Do You Write from Experience or Imagination?

Is your writing fueled by everyday experiences or by imagination? Of course, these two are often mixed together in the stories we tell; yet, you probably draw more from one than the other.

You may be the type of person who eavesdrops in coffee shops and later writes stories. Or you may often be pulled into parallel worlds of other planets filled with fascinating creatures and sixth and seventh senses. 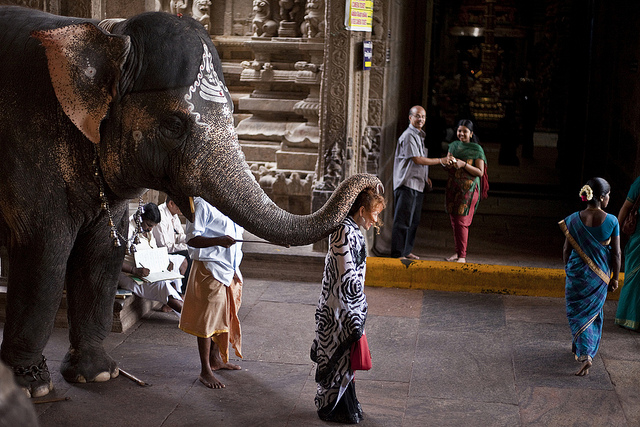 The Role of Experience

I recently listened to a talk by Elif Shafak, where she tells her life story of growing up as a diplomatic child of a divorcée Turkish mother and her experiences of living abroad in a multicultural environment. She remarks on other people’s expectations in regards to the topics she’s writing about. As a writer of Turkish origin, she’s expected to mainly write about her notions of Turkish identity in her stories.

To lay out her point, she mentions writing residencies/workshops where writers are gathered based on their ethnic background, most likely in the prospect of gathering different kinds of writing material.

Many writers do feel the urge to write about what they see, what they know, what they’ve experienced, capturing the writer’s zeitgeist. Think of Hanif Kureishi and his wonderful exploration of immigration and race in Britain or Salman Rushdie, who caused a major controversy with his writing on Islam and was even persecuted under death threats.

If it wasn’t for writers like them and many others, we would all have been short of understanding specific regions, social and cultural issues, pastimes. In fact, perhaps we’d be in complete oblivion.

The Role of Imagination

Even so, what about the other side of this coin? The Indian who wishes to set his stories in Sri Lanka or a Chinese writer in a protagonist undercover as an African American?

The imagination is a vast, limitless, and infinite vehicle that spins around universally, and its usages correlate to its features. You are free to use it in whatever way you want: Turn it around, take it as it comes, and pull it upside down, left or right, 90 degrees north.

Or throw it away and rely on what’s around. Neither one is better than the other. The freedom of choice in literature has been won for a long time.

Are you writing about your experience or are you more interested in your imagination’s ability to create new worlds?

For fifteen minutes, use your imagination to write about a protagonist of a different culture.

Try to explore his unique perspective in every way you can—by depicting his or her surrounding, the people around him. This can be your next door neighbour or a completely imagined character from a land you’ve never been to or even heard of.