If you've been following along, you now know: 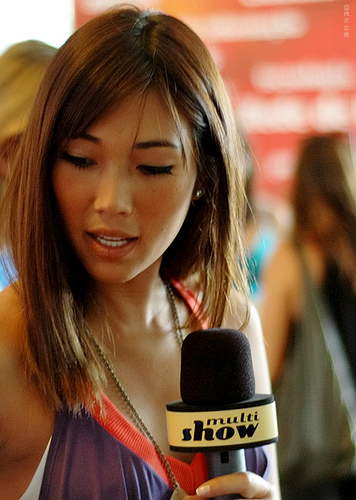 I have one last question to the panel. “Do you have any other wisdom for us, any other secrets to interviewing success?”

“Heck yes, we do,” they say, in unison. So here is the panel for its final installment:

1. At the end of your interview…

“At the end of every interview,” says radio reporter Tor Constantino, “I always ask, ‘Is there anything I didn't ask that you'd like viewers/readers to know?' That single question has generated more golden quotes than any other.”

Who do you admire more than anyone else in your field? Why don't you ask if you can interview them? Jeff Goins says:

Don't be afraid to make a big ask. And don't apologize when you do ask. Just ask. If you want, start with a few smaller interviews to build your portfolio. Then use those published interviews as “social proof” for the bigger asks. People will say yes. If you will put yourself out there, some will respond (many, in fact). I think you'll be surprised by how approachable people are. Just do it.

If you see anyone on Twitter, Facebook, a blog, or any kind of social media, they are prime candidates—they already understand the social nature of the web.

I'm going to go for Salman Rushdie and take another shot at Malcolm Gladwell. How about you?

3. Create a procedure for every interview.

When someone agrees to an interview:

Chatting like a normal human is a good way to make them comfortable, according to Marissa Villa, “Listen more than you speak. But at the same time, don’t be so quiet that they’re not comfortable.”

“Read up on the person you’re talking to,” says Marissa. “Point to facts you know about them, but let them speak for themselves.”

Morgan agrees: “Know your subject. I've talked to a number of athletes who might not be the most book-learned people. Asking intricate, long-winded questions in these instances is not advisable. Do some background research on your subject beforehand.”

I always google the person I'm interviewing beforehand, read some of their blog, and skim their book.

“If you're doing your interview in person or on the phone, tape it,” says Porter. “You'll have a lot more actual quotes to use if you let a machine capture them instead of trying to do it all in notes.

“Writing down time codes as you go is smart,” says Porter. For example, “'Talks about Empire State Building at 3:01.' You'll be able to get back to that quote quickly.”

“Laugh at their jokes even if they’re lame,” says Marissa Villa. “But make sure you have a good gauge of their personality before you try to make jokes. Last week I joked with a Catholic priest about having a dead man’s skull in his office. He didn’t think it was funny.”

Porter says, “If you find yourself headed for a different format or run date or context than originally discussed, keep your interviewee in the loop.”

“A few years ago, a small university in San Antonio caught fire overnight,” says Marissa. “The university president had no time to deal with me, but she did because she knew I had spent the previous year and a half covering her university’s small, otherwise unnoticed events. Other big-time reporters had a harder time getting access to her, but my small weekly didn’t. You never know when you might need someone for a story.”

Finally, one last reminder from Porter:

“Bottom line: Do for your interviewee what you'd like done for you if your roles were reversed.”

Back to How to Conduct an Interview Like A Journalist.

If you've been following our interview series, you are now an officially certified interviewer. It's time to get out there and interview someone.

Now's the time. You can do it. I believe in you!

If you don't know, feel free to scramble back to the earlier posts in the series and figure it out.

Let us know how it turns out, won't you?