This guest post is by Patricia Gilliam. Patricia is the author of the Hannaria series, a five book science-fiction series. You can check out all of Patricia's books on her Amazon page, and follow her on Twitter (@PatriciaGilliam).

Creating a novel series—such as the Harry Potter, Dune, Wheel of Time, or even Border Trilogy series—is one of the best ways to build continuous momentum with your book marketing efforts. It's also a unique experience and can open up life opportunities you may never have had otherwise. 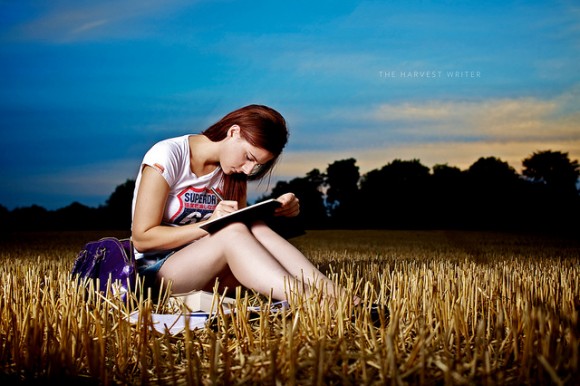 However, creating a novel series can also take years if not decades of effort. How do you even get started?

The following are my top five tips for creating a must-read fiction series.

1. The better you plan in your early stages, the easier the following steps will be.

I found this out when I first attempted writing novels. Because of poor planning, I would get stuck at around 12,000 words where the plot would dead-end.

After I got stuck several times, I took a step back and decided to focus on background development before I wrote another book. Development took about six months, but the novel that followed and each sequel took me about six to nine months each to draft.

Having an initial burst of momentum because of my long planning helped carry the rest of the writing process.

2. Characters are the key to your story's success.

You can get everything else right from a technical standpoint, but if your characters are flat your reader will lose interest and not care what happens to them.

As an author, you need to get characters to the point where you can direct them as if they were actual people. This means sitting down and figuring out their personalities, their behavior, and any detail that's going to add to their believability and realism. You may not reveal everything about your character to readers, but the information is there for you if you need it.

As with characters, it's good to plan out your setting before you write your novel. Keep in mind, your setting will vary based on your genre and the importance of setting to your story. Characters and their environment have a relationship, and you can reveal things about both without bogging the story down.

Try to keep description short but specific, and incorporate details into action whenever possible. Again, you want the environment to be realistic to you as the author so you can draw upon details as needed.

This sometimes varies with an author's personality, but for me, “winging it” without a plan kept getting me stuck. I'm also not a big fan of having every single detail outlined to the point the story has no spontaneity. The middle ground I found for myself was using what I call “key points”—important points of the story including the ending.

I work backwards in the planning process, deciding on the ending first and then the events that lead up to it. During the writing process, I go from key point to key point–giving me the room to explore but still keeping me on track.

5. Go into this with the understanding that editing and revision will be a regular part of the process.

With each book you write, you'll learn new skills you didn't have when you first started. Depending on your publishing process, you can also edit on a series level—improving your earlier books with what you've learned from recent ones and seeding details for foreshadowing.

Approach editing from a creative angle as opposed to treating it like a chore. It also helps to have friends and beta readers give you feedback during the process.

Have you ever written a novel series? What tips do you have?

For today's practice, write a novel series… just kidding. That would be a bit too much for a short practice. Instead, take some time to plan out a three or four-part series. You could create a plan for your current work in progress or something new.

Work on your plan for fifteen minutes. When you're time is up, pitch your plan to us in the comments section. Then, give feedback on a few pitches by other writers.