For several weeks, I've been blocked on a writing projects for a client. One night, I even stayed up until one in the morning, staring at my screen, unable to write a thing.

Then, just yesterday, I had a breakthrough. In just a few hours, I was able to accomplish more than I had the previous three weeks combined.

What got me unblocked? Visuals. 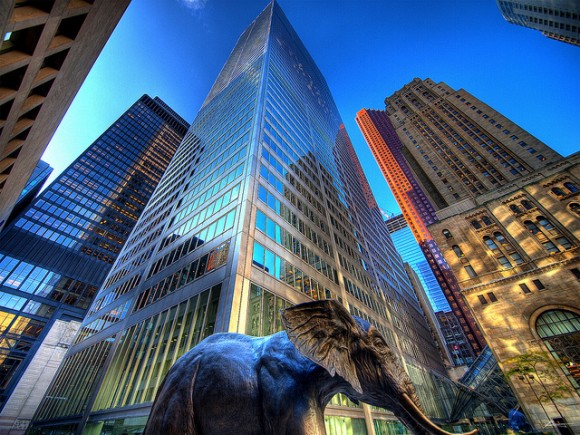 Writer's block usually has one of four causes:

Depending on your personality, visuals can help you in each of these areas. Even the perfectionists colored outside of the lines as children, and there's something about playing with pictures, whether drawing or snagging them online, that speaks to the child in each of us.

For the visually oriented, pictures can offer focus and create time for reflection, even acting as the kindling for further visualisation.

For those who need more data or material, finding the face of your main character using Google Image Search or discovering the perfect setting for your climactic scene on Tumblr might be the gentle push your imagination needs to fill in the rest.

And if you're lacking motivation, perhaps what you need to refocus is to take a “break” from writing to explore Pinterest for inspiration.

3 Ways To Use Visuals Effectively

If you're a visual person, or if you're just so sick of staring at black text on a white screen, here are four ways to best use visuals:

I know. Only women are supposed to scrapbook. That's why I prefer an alternative word that's less gender specific: art journaling.

I was first introduced to art journaling by Betsy Garmon, a professionally trained artist who uses her journal as a place to brainstorm visually. (By the way, check out her website to see how cool art journaling can be.)

Since then, I've used drawings, paint, and colored pens alongside text to draw out my characters and stories in a way I couldn't with black and white alone. The color in my journal ends up revealing the color in my stories.

Try experimenting with color and images in your brainstorming today, and see if it doesn't bring a new dimension to your writing.

This is similar to what happens when you watch a movie made from a book and afterward go read the book. I don't know about you but when I re-read Pride & Prejudice I have a hard time not picturing Colin Firth and Jennifer Ehle as Mr. Darcy and Elizabeth.

What you're doing in this case is finding a picture of someone you think looks like your main character, and then using their picture as a tool to add detail to your visualization. And it works exactly the same with settings.

There are two types of writers: the ones who make up everything they write about (think Tolkien or Rowling) and those who are more journalistic writers, who often write through their own experiences (Hemingway and Jhumpa Lahiri are good examples of this). Which type are you?

I tend toward the journalistic side, and I write best when I'm actually present in the place that I'm writing about. My stories often revolve around my current experiences.

One strategy, then, is to do what Hemingway did and put yourself in remarkable situations which could result in the inspiration for a great story. But you don't have to go on Safari in Africa or fish in Cuba to write a great story. Go to a café or just look around the room in which you're writing.

What is remarkable where you are?  What if your current surroundings were the setting for a story? What would that story look like?

Visuals Are Just a Prompt

They won't write your book for you.

So don't get stuck looking for the perfect image. Visuals can be used effectively to provide the leverage to get your imagination moving, but once your imagination is rolling downhill, let it do the hard work on its own. A few visuals might help you break through your writers block, but don't let the research for them get you blocked ever further.

You have too much writing to do to waste time with that.

How about you? Do you use visuals to inspire your writing? In what way?

Find a picture of your main character using Pinterest, Flickr, or Google Image Search. Once you've found an image that's good enough (but not necessarily perfect), begin writing about that character, seeing where the image leads you. Does his or her expression suggest something? Who else is observing him or her? What's happening in the story when this picture is taken?

Write for fifteen minutes. When you're finished, post your practice in the comments section. And if you post, please be sure to leave feedback for your fellow writers.