How NOT to Introduce a New Character 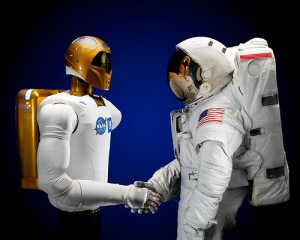 PinLast night, I stayed up way too late finishing Ben Marcus’ short story, “What Have You Done,” in the New Yorker. Short stories like this one are studies in brevity. You have a lot to do in just a few pages.

And the first thing that gets cut is usually backstory.

Backstory is simply what happened before the story. Writers often use backstory to introduce you to new characters. You get to know where they live, what they do, their habits.

Backstory is like a coffee date with your character.

However, backstory doesn’t move the plot forward. It doesn’t hold any conflict. Basically, backstory is boring.

Here are three reasons why should you cut your backstory.

Here’s an example of how you should be introducing characters from Marcus’ “What Have You Done.” Notice how he introduces Andrea:

[Paul’s] mother would never, thank God, see him or his abused overfed body for what it was. Even Andrea, at home, had to admit that Paul was not exactly handsome, per se, though when she was being affectionate she told him that he looked serious. He had a fair-minded face, she would say.

Question: Do you think Andrea is important to Paul and, potentially, to the plot of the story?

It sounds like it, right? It sounds like Andrea is his girlfriend or lover or wife. But all we get is clues, hints, like “at home,” or “when she was being affectionate.”

The truth is Andrea is Paul’s wife, but we don’t find this out for two more pages, when she calls to check in on him. Since we don’t know, it becomes a mystery. It makes us want to read on to find out who this Andrea person is.

2. It respects the reader’s time and intelligence.

I once read a genre mystery novel where the first fifty pages were backstory. I quit reading. I didn’t really care what the protagonist’s apartment looked like or what she talked about with her neighbors.

I felt like the author had wasted my time.

Instead of spelling it out for us, Marcus throws us into the story. He doesn’t introduce us into the world he’s created. He doesn’t tell us what everyone’s favorite food is or what they like to do on a Saturday night. He lets us figure it out on our own.

You must have conflict, and if your backstory has no conflict, save your reader’s precious attention and chuck it.

Some writers think you can’t sympathize with a character until you get to know them intimately. However, short story writers like Ben Marcus have proven that backstory is non-essential.

In the end, it’s the difference between showing and telling. Backstory is telling. Instead, introduce characters by showing what they do.

Pretend you see five different people you know while shopping at the grocery story. Two are friends, two are former co-workers, and one is your arch-nemesis. You have to introduce each person without giving backstory.

What do you talk about? What do you do? How does your handshake and greeting describe your relationship?

Write for fifteen minutes, and post it in the practice when you’re finished.