If I Had a Hammer

This short story by Bob Vander Lugt won our “America Is…” Show Off Contest. Bob writes short fiction and lives in Michigan. Enjoy! 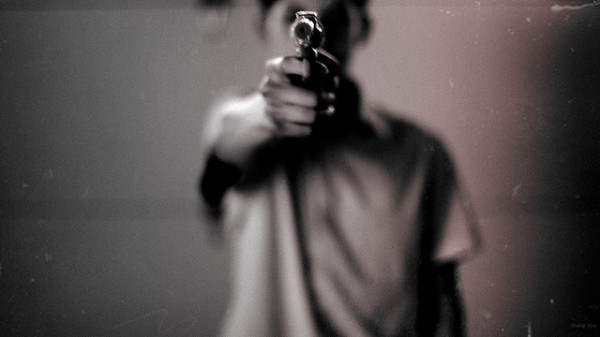 Every Sunday Ray watches the cars parade into East Presbyterian’s parking lot.  Usually he sits on the small, screened porch, coffee propped on his knee.  On hot mornings, like this one, Ray wears a threadbare t-shirt and grey boxers.  He assures Grace no one can see him through the screen.  She smiles and shakes her head.

He knows the cars, their order of arrival. The old folks come first, parking near the doors and gripping the iron railing as they navigate the steps.  The young families pull in next, assembling car seats and diaper bags, herding toddlers through the door.  Then Grace walks out on the porch and stops beside him.  Often she brings him breakfast—toast topped with a shiny egg.  Sometimes she just stands quietly until he turns.  “I’m going now.” She says.  She holds her small black purse tight against her trim waist.  She still looks so good, Ray thinks.  “Wish you’d come,” she says.  Ray nods and smiles.  She leans to kiss him.

“Maybe next week.” Ray receives her kiss.  He runs his big hand lightly around her back.  “I’ll make dinner.”  He watches her push the screen door open, descend the steps, and cross the street.  She stops outside the heavy arched doors of the church and turns.  He knows she can’t see him, but she waves anyway.  Then she swings the big door open and disappears.

When they first moved here, thirty-four years ago, Ray went too, slipping into the back pew, standing and singing and always following Grace’s lead.  He shook hands and endured introductions, waiting while she made conversation, learning those strange people with their flat vowels and stern faces.  Back then, it was a church of carpenters and tradesmen.  New in town and out of work, Ray hedged about his past, unsure of their view of the long and now ended war.  Most listened without judgment.  Some offered suggestions about who might be hiring.

A few days later, the black rotary phone on the wall of their tiny kitchen rang.  Grace handed the receiver to Ray and rested her hand soft on his shoulder.  Ray listened, said yes two or three times, stood, and hung the phone back in place. “One of the old men from the church.” he said. “Asked me to help fix up a house for some Vietnamese refugees.”  Grace nodded.  “No pay, mind you.  All volunteer.”  Grace smiled and left the room.  “Now don’t go getting your hopes all up,” he called after her.  After a few minutes, he went to the garage.  He shuffled through stacks of unpacked boxes, until he found his carpenter belt.  Saw dust sifted from the empty nail pouches.  The hammer still nested in its loop.

Ray worked alongside the men for two weeks.  A big, balding carpenter with a fading Semper Fi tattoo on his forearm ran things, handing out assignments, checking work, scowling often.  Ray watched the church folks, skilled and otherwise, patch walls and hang doors, scrub sinks and update wiring.  Each night the house crowded with volunteers, so many that the hallways clogged like stopped drain pipes.  Eager parents equipped their children with scrub brushes and brooms.  Once Ray watched a mother slap her teenage son’s face so hard, Ray winced.  Just before, Ray heard the boy mutter something about cleaning a house for a bunch of gooks.

One evening the father of the refugee family toured the house.  He was led around by the big carpenter and a translator, smiling and bowing, somehow standing proud among all those towering Dutch folk.  Ray retreated to the backyard.  Shaking, he lit a cigarette and squatted, squinting at the house.  His right hand formed a fist.  He forced it open and pressed it flat against his leg.

Over the next six years, three families occupied the house, found jobs, learned halting but sufficient English, and moved on.  They politely attended services with their sponsors and then slowly returned to their own religious affiliations.  They were Catholics and Buddhists and unbelievers.  Ray found permanent work with the big carpenter.  A refugee himself, Ray hung at the edges of the church.  Then, like the smiling people with their strange customs, he quietly drifted away.

Ray waits until he hears music carry from the church.  He listens, then rises and carries his cup to the kitchen.  He tugs on a pair of battered jeans and strolls through the porch and down the steps.  The Sunday paper lays rolled in its plastic skin.  He peels it free and sits. The front page is cluttered with war and rumors of more.  Promises of troop withdrawal. Warnings of new conflict.  He snorts, shaking his head at the U.N.’s strongly worded warning to Syria.  Locally, the city police declare war on street gangs.  Ray ignores the rest, then tosses it through the screen door. The music from the church stops and Ray imagines the preacher reading the scripture before the sermon.  Above, the sun nears its peak in the steel blue sky.  He begins to walk.

Two blocks from their house, a two-story building stands surrounded by scaffolding.  Ray stops to watch a crew of volunteers, dark-haired men, some bearded, scrabbling up ladders, mix mortar, pass concrete blocks from gloved hand to gloved hand.  Cars crowd the dusty lot.  There is not a pick up truck in sight.
Ray had marked their progress for months.  The building sat quiet for weeks at a time, then burst upward in spasms A painted plywood sign displays the finished building. Its strange characters are probably Arabic, but to Ray they may as well be Vietnamese.  Grace has often mentioned the church’s puzzlement over this new neighbor.  They’ve held prayer meetings and invited experts on Islam to speak.  Finally, Grace and few others formed a welcoming delegation.  “Well?”  Ray asked when she returned, “Did you build any bridges?”  Grace shrugged. “Build?”  She said, “No, but maybe we chipped away at some walls.”

A group of men assembles around a bunk of two-by-fours.  They begin carrying stacks of lumber through the arched opening that will be the front door.  Ray listens as a saw whines, the familiar clatter of cut offs hitting the floor.  Then the competent rhythm of hammer blows.  They’re doing all right, Ray thinks.  He stands in the shade of a big maple and watches, patting his pockets for a phantom pack of cigarettes.  He quit years ago, but the memory lingers.

Ray crosses the street and wanders back.  When the first tower came down, he was at work, arguing with a plumber about the clumsy holes he’d just drilled through a joist.  The news from New York trickled from the painter’s radio, but they were too busy to understand.  Who could make sense of planes crashing into skyscrapers anyway?  But as the enormity descended, they all gathered around the paint-splattered radio and listened, cursing softly, glancing at the sky.  Some broke the circle, sat in their trucks and called their wives.  Finally, Ray sent everyone home.

Ray stops just short of the church.  The last time he went inside, except to complete some repair Grace volunteered him for, was the night of September 11.  People arrived throughout the afternoon, bewildered, in need of each other.  The pastor opened the doors, and by 7:00 p.m. a packed church gathered for prayer.  Ray walked beside Grace through those big, sun-grayed doors and stood with head bowed.  Grace wept.  The pastor prayed mercy on an unknown enemy and comfort for all.  Grace reminded him of that later, when the nation roiled for vengeance and the machines of war clattered.

The music begins again, a triumphant hymn sending them out.  Ray crosses the street, angling toward the house.  Inside, he fixes a light lunch, eats his portion and leaves Grace’s in the fridge. Then he laces his work boots.

When Grace steps outside, she sees Ray—carpenter’s bag slung from his shoulder, hammer swinging—walking toward the mosque.