What Is Liminality And Why Does Your Story Need It?

Chuck Wendig says writing the middle of a novel is the hardest part. He calls it the Mushy Middle. Others call it the Sagging Middle. Or even the Middle-of-the-Novel Mud.

Many writers know how to begin their story and how it will end, but what's supposed to happen in the middle? 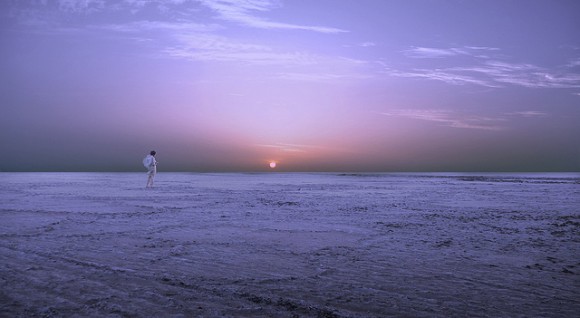 What Is Liminal Space?

Liminality is the in-between moments, the space between an inciting incident in a story and the protagonist's resolution. It is often a period of discomfort, of waiting, and of transformation. Your characters' old habits, beliefs, and even personal identity disintegrates. He or she has the chance to become someone completely new.

Every story must have a protagonist who changes, and change happens through liminal space, this middle time of transformation. The word liminal means “threshold,” the door between one season of life and the next, the time between the wound and healing, the period between childhood and adulthood.

That's why the middle of every story must be a period of liminality. Here are three key characteristics of liminality:

In ancient coming of age ceremonies, the child being initiated into adulthood is often ritually wounded (e.g. circumcision, piercing, tattoos).

Liminality always requires a violent inciting incident. Bruce Wayne's parents must be killed for him to become Batman. Elizabeth must realize she may never see Darcy again to discover she loves him. Raskolnikov must become a murderer to be redeemed.

Transformation always requires death, death of the old person so they can become something new.

The middle of your novel will be full of your character's failed attempts to resolve the tension created by the inciting incident. This is because when a person enters liminal space, their old value system is destroyed, causing them to become disoriented. They need a new value system to live by, and the experimentation they undertake to discover that value system is always uncomfortable and full of failure.

Bruce seeks revenge on the murderer of his parents. Raskolnikov tries to evade detective Porfiry. Luke goes into the cave to face the phantom Darth Vader.

But there is also something exciting about all of this. In this space, as Nietzsche says, “God is dead,” at least the old god, and the restraints that once held your characters back are no longer in force. In other words, they can do anything they want.

In A Midsummer Night's Dream, the young lovers traipse wild through the forest and the fairy queen seduces a donkey. Frodo's gardner, Sam, becomes his guide and savior. And famously, Elizabeth Bennet gets to tell off Lady Catherine de Burgh!

As the prophet Isaiah says, in liminal space…

Every valley shall be raised up,
every mountain and hill made low;
the rough ground shall become level,
the rugged places a plain.

The status quo will be destroyed to make room for something new.

3. Liminality is the Place of Transformation

I love the subtitle for Jeff Goins' new book, The In-Between:

Embracing the tension between now and the next big thing.

This is what liminality is all about, learning to live with tension and pain and even the boredom of waiting.

The middle of every great novel is about developing character, it's where your protagonist decides what kind of person he or she is going to be.

Liminal places teach us to let go, relax, and be changed.

And the question implicit in this, for our characters and for you, is can you be content in the midst of tension? Can you find your equilibrium in a chaotic world?

The in-between moments, as Jeff's The In-Between illustrates, are full of waiting. Can you persevere through pain and boredom and be changed? Jeff says:

In the waiting, we become. 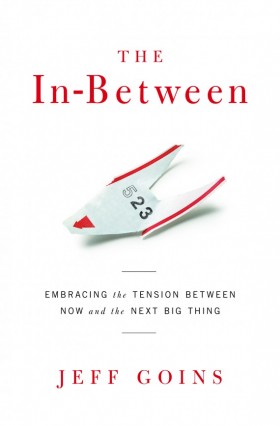 (By the way, Jeff Goins' book The In-Between, just came out. I highly recommend picking up a copy now. Find out more at inbetweenbook.com.)

The middle of your book (and the middle-moments of our lives) are about becoming. Who is your protagonist becoming? What experiments (and failures) is your character undertaking to become that person?

Write about a character experimenting with a new identity.

Write for fifteen minutes. When your time is up, post your practice in the comments section. And if you post, please be sure to give feedback to a few other writers.