Your Characters Are Lost: 4 Ways to Find Them

This is a guest post by Alicia Rades. Alicia has been freelance writing since 2010 and has developed a strong passion for writing. When she's not writing for clients, you can find her updating her blog at TheWritingRealm.com or working on other writing projects. Alicia recently published her first novel, Where the Darkness Ends.

Close your eyes and imagine you're walking through the streets on a foggy day. The fog is so thick that you can't see anything around you—just your feet on the pavement and the dull gray tint to the haze.

You can hear your feet walking along, and you detect distant voices. Are they calling out to you? 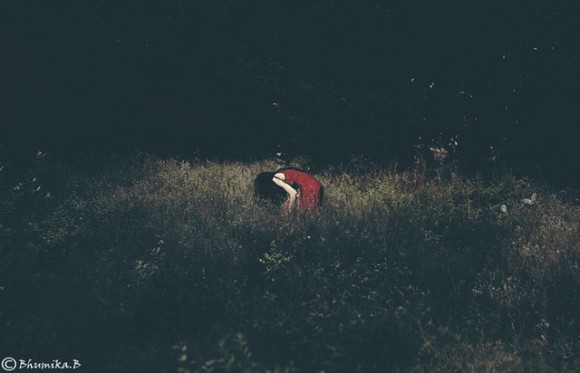 Perhaps you notice a break in the clouds for a split second. You think that maybe the fog is dissipating, but as soon as the sun seemed to come, it's gone.

That's what it's like for your characters. If you don't craft them well enough, they remain lost in the fog. Perhaps they have a moment to shine, and maybe they bump into one of your other characters on the street, but then everything becomes hazy again.

How to Fully Bring Your Characters To Life

I'll admit: I'm guilty of losing my characters in the fog. I was so caught up in the story I was telling that I forgot to really look at my characters' personalities. Who are they? What do they want in life? What happened to them to make them this way?

I knew most of the answers to these questions, but I never really listened to my characters to really understand who they were. After considering this, my main character turned into a completely different person. I've grabbed a hold of her hand and I'm slowly leading her out of the fog.

How can you do the same? Let's look at a few methods you can use to find your characters in the haze and fully bring them to life.

1. Put Yourself In Their Shoes

You never really get to know someone until you've been in their shoes. If you can, look for ways to share experiences with them. Is your character a dare devil? Maybe you'll attempt a few adrenaline-pumping activities such as sky diving to really understand what motivates your character.

But maybe you can't share the same experiences. For example, perhaps your character was in a car crash. If you've never been in a serious car crash, you're not going to simply drive yourself into a tree, but you can still visualize it.

Close your eyes and image what you would feel if you got in a car crash. Did your stomach lurch? Did your life flash before your eyes? Where did the pain start when the car came to an abrupt halt, and where did your thoughts turn to?

2. Look to Their Past

If you're walking through the haze, don't you think it's possible that you're walking in circles? If you really want to find your characters, you need to look at where they've been. Once you do that, you can see where they're going so that you can save them.

Take a look into their past. Don't worry about whether or not each detail pertains to the story. Understand where your character grew up, what the highlights of their life were, and why they're where they are at.

3. Dig Into the Details

If you were a detective trying to find one of your characters, you would get down to every last detail. Don't just look at the surface of your character; really dig deep to understand who they are and where they're going.

Keep digging until there's no questions left unanswered. For example, maybe you're describing their first kiss. You might ask questions like how old they were, who they shared it with, and where they were, but then you should dig even deeper. What events lead up to the kiss? How did it feel for them at the time? What do they think about it now? Do they ever look back on it? Do they wish it went differently? What exactly happened?

Perhaps you won't include all of this information in your story, but it helps you as an author understand your characters better if you're able to answer detailed questions pertaining to their emotions.

4. Don't Stop at One Character

Your story isn't finished until you've discovered all of your characters. Minor characters are a bit easier to find, so you don't have to dig too deep into the details, but you should still consider more about them than their words or appearance when you introduce them in your story.

Maybe one of your characters is so minor that you only mention them in one sentence. You should still look at who they are.

“There was a homeless man digging through the dumpster as I walked down the alley, but he paid no attention to me.”

You should try to understand the homeless man, too. What events occurred in his life to make him homeless? Why is he digging through the garbage? What does he want from life? Is he a shy person? Does he have a family?

Perhaps these questions have no merit to your readers. After all, you won't address them in your story. However, these questions help you paint a better picture in your mind so that you can bring all your characters together in the world you're creating.

Now I'd like you to practice. For fifteen minutes, write a biography from your character's perspective. Where were they born? What happened to them? How did they evolve into who they are today? What are their likes and dislikes? What are they passionate about? What do they believe in?