How to Fall In Love With Writing Again

Do you ever feel burned out, not just on writing but on life? That's how I felt earlier this week.

How do you fall in love with writing again, especially when, as it is for me, writing is your job? 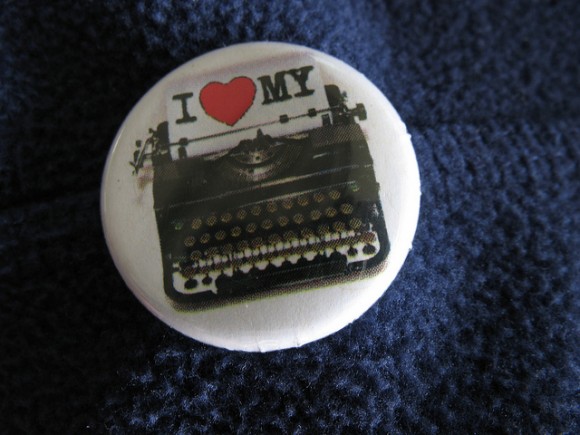 Earlier this week, after checking my email for the 452nd time that day, I tried again to write the article I had been putting off. I couldn't write another word. I stared into space for six minutes, and while I stared, I made a realization.

I realized I had a whole lot of things I had to write—far too many things—but I was putting off the things I wanted to write.

Finding the Balance Between HAVE TO and WANT TO

I didn't get into writing to ghostwrite books for other people or edit novels (as fun as that sounds) or write emails. Don't get me wrong, I feel tremendously grateful to be able to able to earn a living doing those things, but when I pictured myself becoming a writer junior year of high school, these jobs were not in the fantasy.

Here's a hard truth I wish I had learned earlier: sometimes you want to write things you will never get to write. Desire is a tricky thing. “The heart wants what it wants,” but sometimes it wants things that aren't good for it (like french fries) or that it can never achieve (like becoming a major league baseball player).

And yet, when your desire is aligned with things that are both good for you and within your skill set, it's amazing how productive you can be. That's why I always try to want what's are best for me.

Even when I don't want to edit someone's novel or ghostwrite the next chapter of a book or write the next sentence in my work in progress, I want to want it.

If you can learn to want the things you have to do, you have discovered the secret to content work.

But Also Create Space to Play With Words

Because yes, sometimes you have to write what you don't want to write, but you also need to stop to play once in a while. Otherwise, your creativity will shrivel up and die.

There's a difference between play and games. Games have rules and objectives. Play only has one objective, to have fun.

Play might have rules, but they are fluid rules that frequently change. For example, you might make a rule to write only in rhyme (dime, climb, crime), or to use as many onomatopoeia words as you can (pop! ping! pow!), or to begin every paragraph with a lyric from a song.

How do you play with words?

You let yourself run off on tangents.

You write fast and unexpectedly.

You don't count words or pages or minutes.

You let loose your soul upon the world. Run amuck. Spout cliches. Who cares? You're not going to publish this anyway. Take that editor in your skull and drown him with confetti and birthday balloons. (Why birthday balloons? Who the heck knows?!)

Listen, your imagination needs this. It's not about making you a better writer. This is about whether you can bear to write at all.

An Hour of Play Per Week

Earlier this week, while in the throes of writing burnout, I left my computer at home, grabbed a pen, a notebook, and my eight-week old baby and went to my favorite coffee shop. While the baby slept, I wrote in my little notebook.

I didn't write what I intended to write. I went off on strange tangents. I ranted a bit (and discovered I was a little angry). I played with my words for an hour, and afterward felt clean and relieved.

Once again, I was in love.

Do you like to play with words? What do you do when you're burned out on writing?

Write as long as you want. Make as many grammatical errors as you please. Write something silly or angry or sad.

When you're finished, you can post your playful exercise in the comments section or just keep it to yourself.

The only requirement is to have fun.