Earlier this week, we discussed framing devices, and how they can determine whatever a past-tense, first-person narrator can die or not. Today, we conclude with the other factors: time frames, and the broadcasting theory. 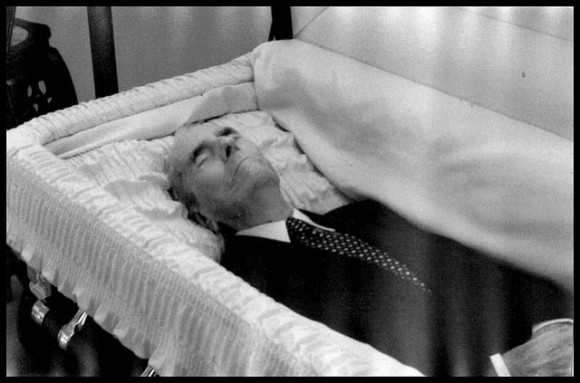 Narration is a tricky concept, with more to it than point-of-view and tense.

An often ignored-yet-important element is time frame. Is the narrator aware of events further along in the story? Does he or she have future knowledge that might affect their internal thoughts?

For example, A narrator might make a comment like “that was the moment when we fell in love”, or “little did we know that our penguin would fall into a blender two months later”.

Time frame is easier in present tense, since narrators, for the most part, aren't aware of future events in the concrete sense.

In past tense, you can have the narrator mentioning or referring to events that happen later in the story. Then they're granted the same immunity a framing device can provide. If the past-tense narrator has no more knowledge of the future than a present-tense narrator, then he or she can drop dead mid-story.

The narrative mode I write in is basically present tense but in the past tense voice. This means that my protagonists convey their story a fraction of a second after an action happens.

Here's my thought: past-tense narration is like a broadcast. Broadcasts aren't instant, so what you hear on the radio or see on the TV is always a few seconds behind.

If they happen to get killed along the way, I can sever the broadcast mid-sentence–because the sucker's minuscule framing device stopped giving them immunity.

So Can a First-Person, Past-Tense Narrator Die?

Let me repeat the what I asked last post: A first-person, past-tense narrator must be alive at the end of the story. Is this true or false?

If the first-person narrator has no knowledge of what happens after the events he's currently narrating, and he isn’t telling the story to an audience while alive, then he can be dead. In this case, they have as much immunity to death as a present tense narrator, and you're free to kill them on the last page or beforehand.

Just be prepared to deal with the readers' reactions.

Now you can get your hands dirty.

Write in the past tense with a first-person narrator, then at the end, kill the narrator. You can either have a death in mind before-hand, or decide at the last second. Keep in mind the time frame.

Write for fifteen minutes, then post your practice in the comments. Let the blood ink spill!