Last week I asked you what you think the basics of writing well are. Today, we’re going to talk about the five biggest pitfalls that are hurting your writing. 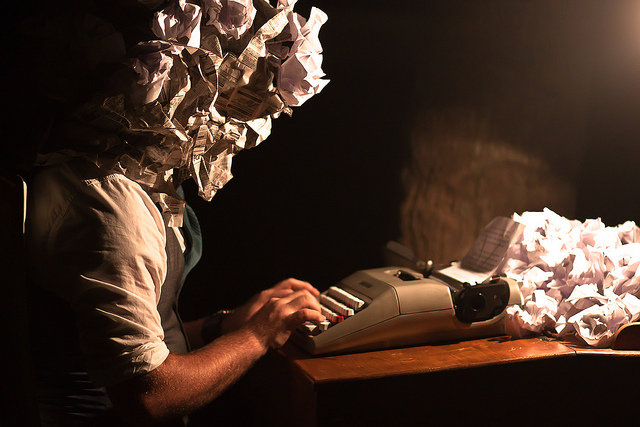 You CAN Be a Good Writer

If you find writing difficult, you’re not alone. Most people struggle with writing, even many of the best writers. Writing uses different parts of the brain than speaking, and so even if your speaking skills rival President Obama’s, you might find writing very difficult. Unfortunately, so many people believe they’ll never be a good writer, so what’s the point in trying.

However, this attitude could actually be hurting your career. Employers say writing skills are one of the main areas they focus on for hiring, and a recent Time Magazine article said “60% of employers say applicants lack ‘communication and interpersonal skills.'”

I recently had several top managers at companies contact me for advice on how to train their employees to write better. One friend who works in the government complained to me about the horrible writing he has to deal with from top level officials, some of which he has to painstakingly edit before sending to Congress.

Writing skills are more important in today’s economy than ever. Isn’t it time you became a better writer? (share that on twitter?)

The good news is that learning to write doesn’t have to be hard if you avoid these five pitfalls. Let’s take a look at what’s holding back your writing.

You may not be a very opinionated person, but to be a good writer, you need to do two things: have an opinion and back it up.

Say what you mean, and if you don’t know what you mean, write until you do know what you mean and edit the rest out afterward. The best writing is clear and simple. Bad writing, on the other hand, is vague and convoluted. The worst thing you can do is write an email or an article with five paragraphs that don’t really say anything.

Don’t be vague! It could be killing your writing.

2. You don’t edit your writing after your first draft.

A little editing covers a multitude of writing sins.

Most of your writing issues could be fixed if you took the extra ten minutes to re-read your writing, preferably out loud, and then fix your mistakes. It’s simple. As you read what you’ve written, just ask yourself, “What sounds weird in this sentence?” When you find something, re-write it until it sounds right.

Editing isn’t just for articles and essays. You should also re-read and edit your emails and company memos, as well as your Facebook and Twitter posts. There’s no reason you should be disqualified for a job because the email containing your resume had an awkward sentence.

Editing may take extra time, but not doing it could be costing you money.

3. You think too much about your first draft.

Chances are you’re spending too much time writing a first draft and not enough time editing.

Because of the way our brains are wired, it’s more difficult to create while also trying to critique. It’s much easier to spend time writing a quick outline or “flash draft” of your main ideas, and then go back and edit them to make them sound good.

If you want to have more fun writing and really feel like a “pro,” writing quickly first, then going back to edit will really help.

4. You use overly technical language.

Of course, simple, clear writing takes a lot longer to write than vague, complicated writing, which is probably why most people don’t do it. If you want to stand out, simplify your writing as much as you can.

5. You don’t use correct grammar.

I know you’re not a grammar expert. Honestly, neither am I (I get grammar help from Liz constantly!). However, I’ve learned a few tricks that make my writing clearer, simpler, and more effective.

If you struggle with grammar, I highly recommend taking our tutorial, Grammar 101, and also checking out this article on comma splices, which is one of the biggest mistakes I see inexperienced writers making.

Want to Be a Better Writer? Practice Deliberately.

You practice writing every time you send a text message, write an email, or post an update on Facebook. However, no matter how much you practice writing like this, you probably won’t improve because you’re not practicing deliberately.

The Write Practice was created to help you practice writing deliberately. Every day we give you a new writing lesson, with a practice prompt designed to put what you just learned to use immediately. You practice for fifteen minutes, and then you can post your writing in the comments section of the article where our wonderful, supportive community of writers will give you feedback on what you just wrote.

This is the best collaborative writing workbook online, and if you want to be a better writer, I hope you’ll join us. To get started, check out the practice prompt below! Also, make sure you sign up for updates in the sidebar to get writing advice delivered straight to your email inbox.

What do you struggle with in writing? What do you think are the top writing mistakes people make?

What is the best film or book of all time. Defend your opinion using the lessons above.

Write for fifteen minutes. When you finish, post your practice in the comments section below. And if you post, be sure to leave feedback for other writers.