This guest post is by JB Lacaden. JB lives in the Philippines, writes fiction, and blogs at JB Learns to Write. He’s been published at Flash Fiction World, and can be found on Twitter (@jblearnstowrite). Thanks JB!

There are various elements that make up a great story—plot, story development, character growth, depth. All of these contribute to turning a good story into a great story. However, one more element that can spice up your story is a good action scene.

But how do you write a good action scene? Here are five tips to get you started…. 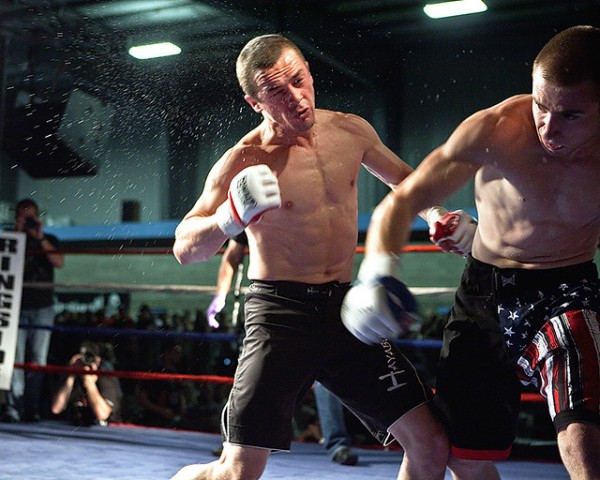 Great writers read, so why not give The Mistborn Trilogy a shot? Brandon Sanderson perfectly executed each one of the action scenes in his books (and believe me, there are a lot of them). If you want to study good action scenes, check out his books.

Take time to make readers care for your characters. After all, they’ll be the ones doing the fighting. Develop them so when the action scene finally comes, your readers will care enough about the characters to want to know what happens. Getting your readers emotionally involved is key to keeping them entertained.

If you, the writer, cannot visualize the fight, expect the readers to have trouble as well. Visualize how each moment of the scenes will take place.

Try writing multiple ways of how the scene plays out. Ask other people to read them out. Did they like what they read? Were they able to picture out a clear image of the fight?

Remember: Action scenes don’t always involve fights. They can also be about your protagonist trying to race against time to stop a time bomb. But they always must be clearly written.

Verbs are the bread and butter of every action scene. After all, action scenes need action words. Whenever I write action scenes, I make it a point to make use of the thesaurus.

If you just used the word block, try using “parry” next. Make use of energetic like “streaked”, “slammed”, or “punched.”

Below is a sample action scene:

The two swords clanged against each other. Barbaros shouted as he spun around and swung his sword sideways. Luka deflected the blow with his shield. Barbaros lost his footing. Luka saw the opening. He roared and drove the tip of his sword into Barbaros’ side.

One way of speeding up the pace of your story is by shortening the sentences. Longer sentences tend to slow down the momentum of the action. Another tip is to avoid using long descriptions. Use descriptions only if they are related to the action, otherwise completely abandon them.

Post your exercises in the comments section below and don’t forget to comment on other people’s exercises as well.