How To Become a Better Writer Faster

I've been spending the last seven years getting to know the habits of writers. I've found that some aspiring writers focus strictly on quality. They write slowly and carefully, trying to make each sentence perfect. Other writers focus on quantity. The goal is to write as many books/blog posts/articles/pages as possible.

Have you ever wondered which way is better? Which method will help you become a better writer faster? 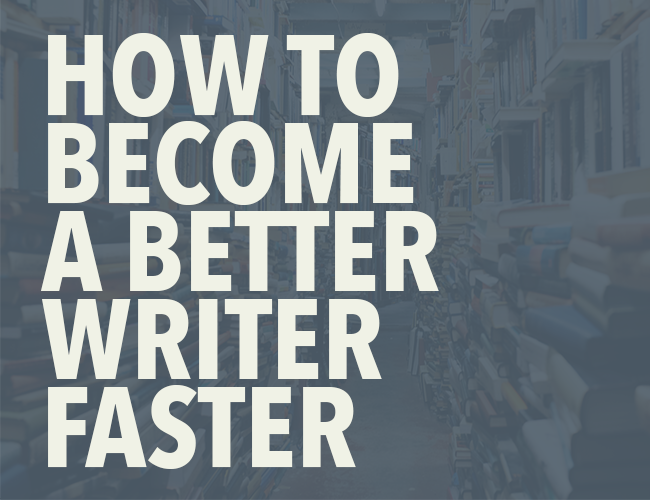 Quantity versus Quality: Which Is Better for Writers?

A high school pottery teacher split his class in half. To one half he told them they only had to produce one perfect pot by the end of the semester and they would get an A. He turned to the other half. They had to produced fifty pounds of pots by the end of the semester. It didn't matter whether the pots they made were good or not. They simply had to be pots and there had to be fifty pounds of them.

By the end of the year, who do you think produced the best pot?

It's really a question of what makes better work, quality or quantity?

The quantity people on the other hand, made so many pots so quickly that over time they figured out how to do it right. By the end of the semester, they could throw the perfect pot.

How Do You Become a Writer?

A few years ago, I travelled around the world for about a year. One day in the Transylvanian mountains of Romania, one of my friends asked for some advice. “I want to be a writer. How do you do it?”

“No, but I have a lot of ideas for good books.”

“
“Good ideas are not enough. To be a writer, you have to write. Every day.”
Tweet this
Tweet

My friend didn't bring up his writing for a couple of months. I thought I had scared him off. But then one day while in Turkey, he came up to me. He had spent two weeks writing a novel, and wanted my advice.

“How much have you written?” I asked, expecting about five or six pages.

Holy crap. There I was struggling to write a page a day and he was writing ten a day. Later that year, he wrote three-quarters of a movie script and five episodes of a TV series. I saw some of his writing and while it had plenty of flaws, you could see the improvement already. He was becoming a better writer faster.

It's tempting to focus on perfection, especially if you're trying to become a better writer.

Unfortunately, as the students above learned, when you try to write perfectly, you don't spend much time actually writing.

If you want to become a better writer, it's far more effective to do a lot of bad writing than a little perfect writing, especially since if you're aiming for perfection, you'll be writing forever.

Today, don't try to be perfect. Just try to write something better than what you wrote yesterday.

Do you focus on quality or quantity in your writing? Let me know in the comments section.

For fifteen minutes, write as much as you can about the people you work with. Do you ever have any conflicts with them? What do they look like? What are your interactions like? Don't edit. Just write.

Make sure you post your practice in the comments. Let's see who can write the most!