This prompt was originally posted in June, 2012. Today, I’m driving from Los Angeles up to San Francisco and thought it was appropriate. Enjoy the prompt!

Write about a road trip.

Write for fifteen minutes. When you finish post your practice in the comments section. 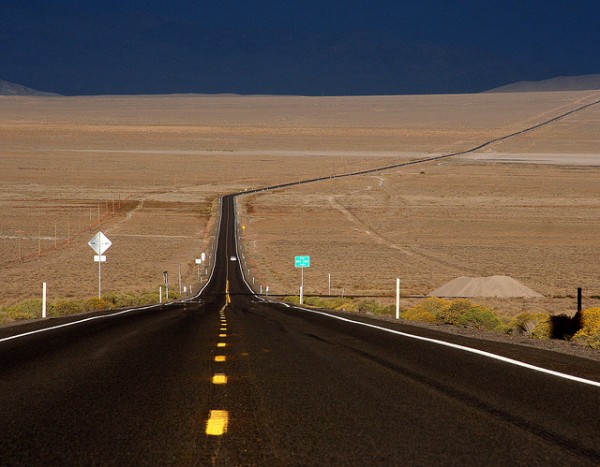 We’re driving from California to Georgia this week, my dad and me. The first time since I was sixteen and only spoke six words to him the whole trip. We drove to Big Sur and then to Cambria where we stopped and listened to jazz in a little club along the road. It was the first time I had really listened to jazz. The piano player was blind. He could play well, the whole band could play well, but all I remember is feeling sad and alone and observant.

This time we’re driving to Georgia through New Orleans where we’ll sit in a smoky bar on Canal Street and listen to jazz. We drove through Texas today. Texas is normally a two day state, but for us it’s a three day state. He wants to take it slow and relaxing so we’ll stop in San Antonio and then Houston before making it the Mississippi Delta. I’m impatient to go faster and farther, a flaw of youth I suppose.

After El Paso we drove along Texas roads so long and flat you stop seeing road entirely and completely disappear into the black asphalt, the golden land, and the blue eternal sky that seems to dissolve the land itself.

Good news! I was recently interviewed by Underground Book Reviews. Big thanks to Kimberly of The Book Docs for taking the time to interview me. Thanks Kimberly.