Why You Should Write Serialized Novels: Interview With Plympton Publishing

Serialized novels are gaining popularity, both in the mass market and literary worlds.

Margaret Atwood is in the middle of her sci-fi novel Positron which is available for free on Byliner. (I read the first Episode. It was very fun!). Alexander McCall Smith, of The Ladies #1 Detective Agency fame, published his serial 44 Scotland Street in the Edinburugh newspaper The Scotsman a few years ago. (I read it much later, and enjoyed it immensely.) And Sean Platt and David Wright's series, Yesterday's Gone, was created by two well known writer's in the blogging world who leverage their platforms to publish their fiction.

However, what most people don't realize is that serialized novels have a long history, at least that's what Yael Goldstein Love of Plymtpon Publishing says. 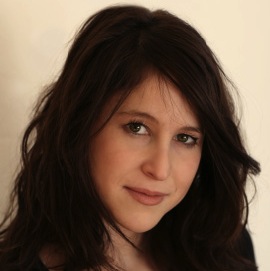 Yael Goldstein Love is the co-founder and editorial director of Plympton.

Plympton Publishing, which was started in 2012, publishes serialized fiction, and thus has a pulse on this exciting trend for authors. You can follow Plympton by signing up for updates on plympton.com or by following them on Twitter (@plympton). You can also receive serialized novels for free from their sister site, DailyLit.

Let's get into the interview.

Hi Yael. Thanks so much for joining us today. First of all, what is a serialized novel?

A serialized novel is a novel delivered to readers in installments over time. Each installment is a satisfying read in itself, but it also leaves you wanting more. Any good serialized novel also reads well as an all-at-once book, whereas the reverse is not true. Not all good novels make good serials. A slow, lyrical novel where not much ever happens, for instance, might make a bad serial.

I say ‘might' because you never know what other charms this book might have to compensate and make it a perfect fit for serialization? Maybe each chapter is a perfect gem and you want to savor each slowly, and serialization heightens that experience. Maybe this book is actually Moby Dick and so it is phenomenal no matter how presented. Who knows.

Let me just stick with my first statement: a serialized novel is a novel delivered to readers in installments over time.

How long have serialized novels been around?

The first proper serialized novel (that is, a novel written by one person and meant to be a novel—and, yes, I say this in order to exclude One Thousand and One Nights) was Honoré de Balzac's The Old Maid published in a French newspaper in 1836. This was actually the first daily newspaper in France, and the publisher included the serialized novel in order to lure people into buying his paper so much more frequently than they were used to buying newspapers. It was a good ploy, worked wonders for circulation, and soon everyone was doing it.

That same year in England Charles Dickens began to serially publish The Pickwick Papers, which no one much liked for the first three installments but everyone suddenly loved starting with the fourth installment. Dickens became a household name and every newspaper and magazine started scrambling to sign up writers to produce serial novels for them. Pretty soon, and for much of the 19th century, it was rare for a novel to be published as a book without first appearing as a serial.

Serialization was used to to test commercial viability and to build an audience.

Why do you think serialized novels growing in popularity amongst writers?

I love that. How about for readers? What are the advantages of serialized novels for readers?

People are constantly telling me that they wished they read more books. When I ask them what's stopping them they always have the same answer: lack of time and not knowing what to read next. Serialization helps with both. If you feel like you don't have a lot of time to spare you don't want to pick up a 300 page novel. But who doesn't have half an hour to spare here and there for a serial installment? It's a great way to ease people into reading longer works.

It's similar to what happens to most of us when we watch TV shows on Netflix. I don't think I've ever sat down and said, “I feel like watching six hours of Breaking Bad.” I sit down to watch one hour like a reasonable human being and then I don't get up for a very long time.

As for the ‘what to read next' problem, serialization helps with that in two ways. First, because you can keep returning to the same book again and again, as it comes out over time. And second because the stakes are so much lower each time you start a book. Don't like the first installment? Don't get the second.

It makes choosing your next read a less daunting task.

I completely agree. That makes a lot of sense. Serializing can't be easy, though. What are you learning about how to serialize a novel at Plympton?

One thing we're learning is that it is hard to figure out what rhythm people like for the release of their installments. They hate monthly, I'll tell you that. A month might as well be a decade as far as serial reading goes. But is weekly ideal? Daily? Release everything all at once and let the reader choose their pace? That's what we do it for our library of classics on DailyLit, but it's harder to know if that'll fly with our original fiction. It seems to be working pretty well with the Netflix original series House of Cards, though, which is some evidence, but it's hard to know how heavily to weigh it.

Another thing we've learned is that in a serial novel the sense of stakes have to be apparent and gripping from the first few pages of the first installment. If they're not, the reader won't remember enough about the story to care about the second installment.

Then there's the “third episode problem”. It's a lot easier to write a great set-up than it is to carry it through. No surprise. We all have enough false starts to novels to know that. But it's something to be careful about when writing a serial, because you can finish two installments and feel pretty safe and then you get to the third and realize you have no idea where it's going. We've noticed it's pretty much always the third installment where this happens, and we've noticed that it's pretty much always because the writer didn't have a clear enough sense of stakes in mind. Now we never sign a serial until we've seen at least three installments.

Fascinating. If writers want to learn more about how to serialize their novels, where can they go?

Actually looking at serialized novels is actually probably the best way to figure out how to do it. I highly recommend Margaret Atwood's Positron series, published by Byliner.

Thanks so much for chatting with us, Yael. This was fascinating. Readers, if you're interested in reading one of Plympton's serialized novels, you can check out The Many Lives of Lillith Lane.

Have you ever considered writing a serialized novel?

Write a scene that would hook a reader into your serial novel.

Write for fifteen minutes. When you're finished, post your practice in the comments section. And if you post, please be sure to comment on a few practices by other writers.

(Some of the links above are affiliate links. By purchasing from them, a small percentage of your purchase goes to supporting this community. Thanks!)