Stream-of-consciousness narrative can sound pretty intimidating, especially when it brings to mind being tortured with Faulkner during your high school or college years. You remember reading passages like this, right?

~The Sound and the Fury, William Faulkner 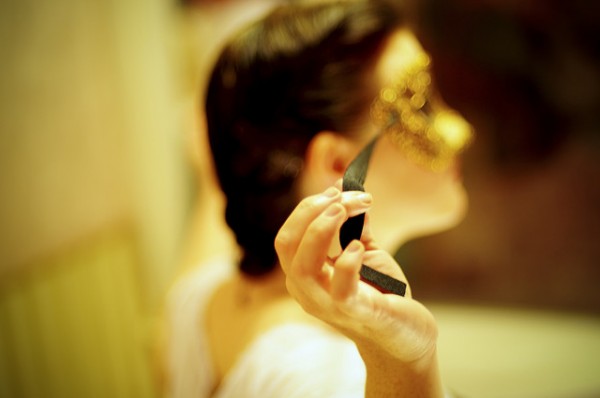 Now, you probably did one of two things there: 1) Jumped right into the passage, trying to puzzle out which part of the story it was from and what this particular passage was talking about; or 2) Read a couple lines in and then let your eyes glaze over and skipped down to see what kind of point I’m making.

Well, here it is:

1. Get into your characters’ heads.

Stream-of-consciousness narrative can be a good way to really, really get into your characters’ heads, to see what makes them tick, to see how they got from a conversation about oranges to a recollection of a childhood trip to the zoo.

2. Flesh out a child-like whimsy.

Ever seen the movie Up? Doug is a typical dog, except for having the ability to talk. He commonly gets distracted by squirrels or weird scents. Your characters can get distracted and trail off, interjecting “Squirrel!” or something better suited to the situation. This is a technique James Joyce used to great effect.

3. Use it to show when something is wrong.

Perhaps the passage above from Faulkner looks like something from the mind of someone with a brain injury. It works that way, doesn’t it? Stream-of-consciousness narrative can reflect disorientation in many forms, from just waking from a nap to a car accident victim.

Why don’t we give it a try!

Let’s try writing stream-of-consciousnessly today. And for those still uncertain, feel free to not follow Faulkner to a T. Use punctuation, use full-sentences, but flesh out what your character is thinking and feeling.

Write about that character of yours that still seems a little bit of a mystery to you. What would they do if they were in a room full of people, but tuning everyone else out.

Write for fifteen minutes of 250 words, and post your practice in the comments when you’re finished.

Here’s my practice, about thirteen-year-old Sam. She’s a little dramatic and silly, but then, she’s thirteen.

On days like today, sitting two desks away from the big window doesn’t help. The view’s much nicer from this room. Last year was a dreary gray driveway. On rainy days, there would be squiggly lines of dead worms scattered all over it. It was like the muddy trenches of Normandy or some such place. Except with worms, of course.

But this year! This year there’s a line of trees! Someone said that the person who lived in the house on the other side planted them ages ago because they didn’t want to look at and listen to all us kids. We’re not that bad looking. Maybe they didn’t want to see the dreary defeated worms.

But the trees have so much scope for the imagination – they’ve grown quite a lot and today the sun is out. There’s a little squirrel out there…wonder if he’s gathering food for his family? What if a hawk swooped in right now and just snapped him up by the scruff of his neck? His poor family would all cry little acorny tears. Acorny tears?

I smile, but not enough to give away that I’m doing working on homework. Refocusing on a patch of sky, I wonder if I’ll ever get to see water precisely that shade of blue, besides in the pictures in magazines that lie around the house. One day I’ll travel the world, exploring nooks and crannies. Obsolete nooks and crannies. Wait, not obsolete, ah, the other word. Ob-, ob-, ob-…Well, anyway, in some wayside bookstore or coffee shop, I was bound to meet some beautiful, young, foreign man with a passion for books and a heart for music and he’ll sweep me off my feet and we’ll see Paris and the Taj Mahal and New Zealand and-