The Formula to Write a Novel

This guest post is by Scott Bartlett, author of The Royal Flush, a satirical novel that has just been released on Amazon. You can check out his website and follow him on Twitter (@ScottTBartlett). Thanks Scott!

There is no book-writing formula.

I love Stephen King’s On Writing—it’s half brilliant portrayal of an accomplished writer’s origin story, half writer’s tool kit. But one thing with which I’ve always taken exception is his suggestion that there’s only one proper way to complete a novel.

King compares writing to an archaeological dig: he sees stories as found objects, excavated from the literary ‘earth’, and he believes the writer’s job is to extricate the object—without breaking off any bits in the process, or leaving any parts behind.

And so King doesn’t outline—he starts off with an unusual combination of ideas, and lets his writer’s instincts carry him from there. 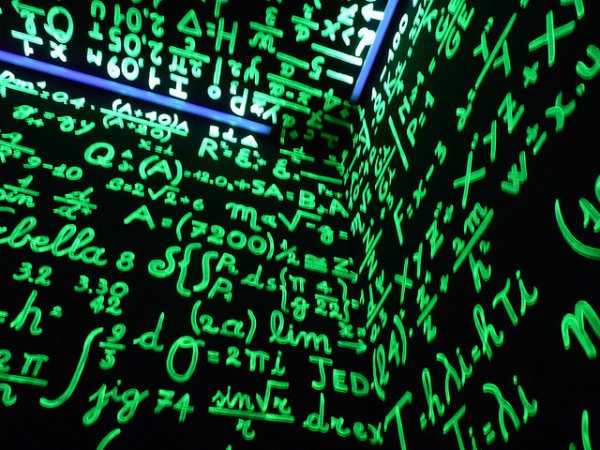 To Outline or Not to Outline?

But if there’s anything my own three novels have taught me, it's this: The suggestion that there’s only one ‘true’ way to write fiction is absolutely absurd. (Do you want to tweet that?)

I wrote my first book in high school—a science fiction novel I’ll never let anyone read. But that’s beside the point. I wrote it much the way King writes his—though I did have a vague idea of where I wanted to end up.

I began writing my third novel, Taking Stock (about a writer who gets a job at a grocery store), four years ago. I wrote the first chapter as a project for a writing class, and in the months after penned 70,000 words of a first draft.

In 2011, I scrapped it all, and wrote a new first draft—Draft 1.5, call it—in the three months leading up to a contest deadline. By this point I had a Word file full of ideas for the book. The file contained 60,000 words, most of which I didn’t use. I arranged the ideas I kept in the order they would appear in the book, and I wrote around them.

I’m now on that novel’s third draft, with plans to finish the fourth in the autumn, and then start submitting it to agents.

My second novel’s writing process was been the longest and most convoluted. It took six years, from conception to completion.

It grew from a single idea that struck me in grade twelve, as I walked from the school bus to my house. It was a scene in which a man lies on the ground, his chest bared. A woman who has recently spurned him stands nearby, and he demands that she use a surgical scalpel to cut out his heart. I wanted to write it as a comedic melodrama.

That scene became the climax of a short story called “The King of Hearts”. It was followed by a sequel—“The King of Diamonds”, after which came “The King of Spades.”

And in my first year of university, in the eighteen days leading up to a contest deadline, I turned them into a four-part humour novel, expanding them greatly and adding “The King of Clubs” as the fourth part. I called the novel Royal Flush.

After the contest, I went through ten drafts of the manuscript, over a four-year period. I finally felt it was ready, and I self-published it.

Seriously. There Is No Formula.

All of this is a roundabout way of arguing that there are as many ways to write novels as there are methods of skinning cats. It’s interesting to note, too, that in On Writing King admits he did write one novel from an outline—The Dead Zone. He also admits that of his own books, the one he wrote from an outline is one of his favourites.

I challenge you: for the next novel or short story you write, try something different. Write from an outline, or scrap the outline and write from your gut. Aim to complete something for a contest deadline. Take an old short story that’s begging to be expanded into a novella or a novel, and give it its wish.

In other words, mix it up.

How do you write? Do you outline or do you just let it flow?

Try writing in a way you don't usually write.

Practice mixing it up for fifteen minutes. When you're finished, post your outline or outline-free writing in the comments section.

Scott Bartlett has been writing fiction since he was fifteen. His recently released novel, Royal Flush, is a recipient of the H. R. (Bill) Percy Prize. Buy the ebook ($3.99) or to order the print book ($12.99).