The Soldier and the Most Vulnerable Man In the World 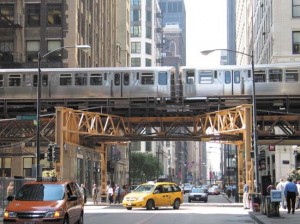 Today I heard the story of Ed Dobson, who has Lou Gehrig's disease. Ten years ago, doctors told him he had two to five years to live. He is still alive.

However, he sometimes can't button his shirt. And when his son was sent to Iraq, he said, “Enough is enough, God.”

He and his wife drove his soldier son to the airport.

“I think he was trying to be brave,” he said. And there was the soldier, the stoic, being looked at and loved by this disabled man whose vulnerabilities were there for all the world to see.

It reminded me we are all disabled men and women whose vulnerabilities are there for all the world to see (even if only we see them).

And we are all trying to be brave.

So it's 10:57 pm Central Time. I'm sitting on my new friend Danny's couch. Next to me a pile of books is splayed across the red couch pillows.

Today I went to a conference in Chicago. I rode Colleen's racing bike through the city, past brick building after brick building.

Some of them looked like castles. Some were obscured by beautiful trees. Some were bare and dirty. I loved both.

The conference I'm attending is about story. It inspires me because it reminds me I have a story that matters.

You have a story that matters, too.

In fact, our stories can change the world.

However, right now I feel guilty. I haven't posted today. It's late. I don't really want to be writing this. It's not very good. I don't have anything to teach today.

This is the battle going on inside of all of us, writers or not. It's a battle between the stoic soldier and the vulnerable, disabled one. A good writer, I think gives voice to both.

Write a story about a disabled man and a soldier. What do they say to each other? How do they interact?

Write for fifteen minutes. Post it in the practice.