Have you ever sat down to write, full to the brim of creative energy, but found that you can't think of a single idea? In my opinion, it's one of the most frustrating feelings. Luckily there are ways to get around these obstacles and find writing inspiration. 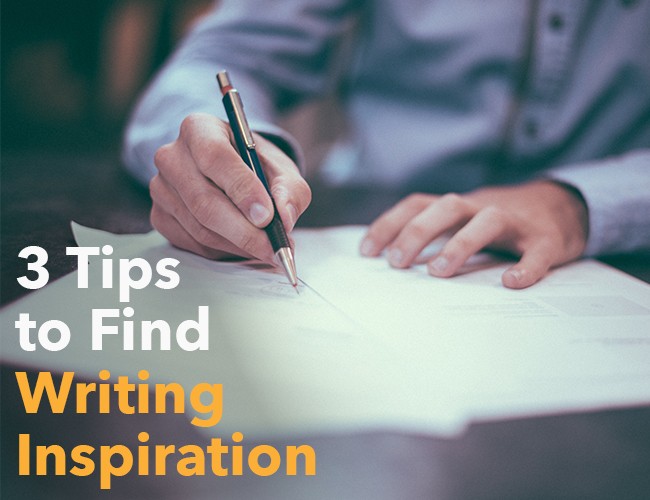 Instead of trying to come up with something totally original, why don't you use stories that have already been written to your advantage? If you're ever lacking in inspiration, consider using one of these three tips to easily “steal” an idea.

The children's novel The Girl Who Could Fly by Victoria Forester has been described by Stephenie Meyer as “the oddest/sweetest mix of Little House on the Prairie meets X-Men.” And it's the truth! By taking two fictional worlds and putting them together, this whole new wonderful story was born.

You can do the same thing. Pick two of your favorite books, movies, or TV shows and see what happens when worlds collide. They can be similar in style, total opposites, or somewhere in between. See where your imagination takes you.

2. Write “something with a twist”

What would happen if Cinderella were a science-fiction story? Marissa Meyer's Cinder is proof that taking a well-known story and putting some kind of creative spin on it can produce amazing results.

There are endless possibilities if you try this trick yourself. How would your modern day Sherlock Holmes story read? What would happen if Goldilocks were a gothic story? Once you start brainstorming, it'll be hard to stop!

This is the best question you can ask yourself as a writer. “What if” sparks your imagination and makes your fingers fly across the keyboard. I bet Jessica Khoury asked herself the same question before writing The Forbidden Wish. “What if the genie had fallen in love with Aladdin?” You can do this with any well-known story. Let yourself daydream!

What are your favorite ways to “steal” ideas? Let us know in the comments section!

Pick one of the three tricks above and write a Snow White story. Will you write a “Snow White meets ‘Doctor Who'” story? Or maybe a horror story? What if Snow White had refused the apple? It's all up to you. Once you've finished, feel free to share your work in the comments. Don't forget to give your fellow writers some love, too!