Have you ever felt like this? I know I have.

How do you finish when you want to give up? How do you push through when you don't know what you're story is about? 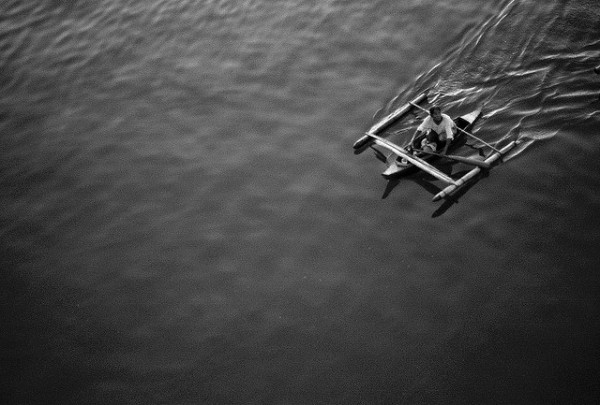 While working on my latest short story, I realized every writing project I've ever worked on has felt like this at some point. The story was a mess. I had written 4,000 words of crap. The scenes were disjointed. There were different tenses in different sections. I had a ton of research that I didn't know how to incorporate. It was ugly.

But then I remembered an author who said it took him an average of twenty hours to finish a short story. I had only been working for eight hours, and so I decided not to quit until I had logged twenty hours on the story. Almost magically, the story started to mold together. Then, after a long Saturday afternoon of work, I printed out a solid first draft.

Middles are always the hardest. In A Million Miles in a Thousand Years, Donald Miller said every story is like paddling a row boat to an island. When you first start, you feel like you're making a lot of progress. The shore recedes quickly and the island feels so close you could touch it.

But once you get out into open water, it's easy to think you're not even moving. The shore you just left seems far away and the island you're going to isn't getting any closer. You're not making any progress, and you start to wonder if you should just give up.

This is where most people, including myself, get stuck in their writing. We have no problems starting stories. We don't even have a hard time finishing them. But the middle is a story graveyard, littered with corpses of books, blog posts, and articles.

If you keep going though, almost miraculously, the opposite shore appears. You're almost there. You can tell you're just a few paddle strokes from land.

Don't give up in the Ugly Middle. The break through will always come just after the hardest part.

Put in your twenty hours. Or your two hours. Or your five-hundred hours. Don't let the resistance let you believe you will never be able to finish. You will. Just keep working.

Write through the mess. Write through poor grammar and awkward tense changes and switches in POV. Keep writing even when you know what you're writing is worthless. It's not about good or bad right now. That comes later. Just keep writing.

And when you can see the shore, when you realize you finally, at last, know what you're short story is about, remember the feeling. You'll need that memory for the next time you find yourself in the Ugly Middle.

Have you ever experienced the Ugly Middle? How did you get through it?

Work on your work in progress today. Jump into the Ugly Middle and don't lose faith.

Write for fifteen minutes. When you're finished, post your practice in the comments section.

And if you post, please give feedback to a few other writers.