Why You Should Copy Other Writers

The truth is every great writer has imitated the great writers before him or her. To find your voice, you have to take on the voices of others.

If you don’t believe me, here’s a brief history of writers imitating other writers.

Steven Pressfield, when he was first starting out, typed out pages and pages of Hemingway just to get a sense of his pacing, his storytelling, and his voice. He copied Hemingway to get into his head and understand how he constructed sentences, and how each sentence related to the ones around it. 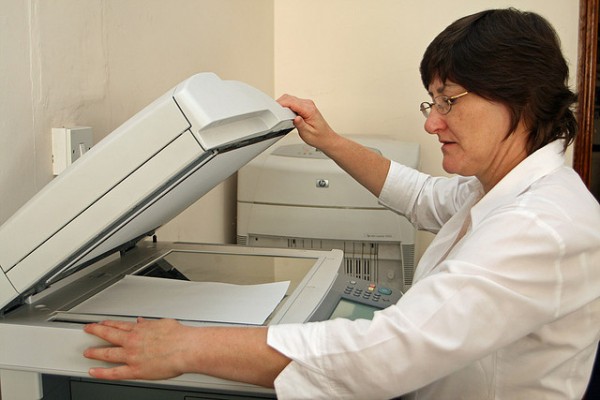 When Billy Collins read the poet Wallace Stevens he thought he was reading the “apex of poetry.” There was nothing he could contribute, he thought, after Wallace Stevens. So what did he do? He copied him, forcing himself to write imitations of Wallace Stevens poems. I once heard an interview where he said he would have been happy if only he could be a kind of “second rate Wallace Stevens.” Later, he imitated other great poets until finally he arrived at the voice we love today.

Cormac McCarthy once said, “The ugly fact is books are made out of books.” He is known to quote liberally from other books such as the Bible, Moby Dick, Milton, and even to take whole paragraphs and pages from 19th century books of history. He stole the villain of Blood Meridian nearly word from Samuel Chamberlain‘s My Confessions.

William Shakespeare may have been the most successful copier. His style was heavily influenced by Ovid, the 1st century BC Roman poet. He also “borrowed” significantly for the plots of his plays. He copied from history (the lives of Henry V, Richard III) and from ancient Roman playwrights (Comedy of Errors is based on a play by Plautus). There was even a book written thirty years before Romeo and Juliet called The Tragicall Historye of Romeus and Juliet. Yes, that was spelled with two L’s.

Writers steal, borrow, and copy. It may be ugly, as Cormac said, but it’s true. No masterpiece is completely original. As you find your voice, feel free to steal and imitate from other writers.

However, here are three rules to follow if you do:

If you are going to imitate, don’t imitate just one author. Imitate several. The odd combination of them all will give your style its own flare.

However, be sure to choose who you imitate carefully. For example, you may not want to imitate Stephenie Meyer.

2. Be influenced “in a way that no one recognizes,” said Billy Collins.

Take your influencers style and tweak it just enough to give it an air of originality. In other words, make their style your own. Maybe no one will ever know you were copying!

Your job is to go farther than those you’re imitating, to push the boundaries of the language and bring something new to the world.

I believe this happens naturally. If you imitate long enough, eventually, you’ll find your own voice. It will be some crazy combination of everyone you’ve imitated plus something that is wholly you.

So go out there and steal something. If you do it enough, the world will be better for it.

What do you think? Is copying okay? Do you copy from other writers?

Let’s copy (see what I did there?) an exercise from Steven Pressfield.

Go find a book by one of your favorite authors, flip to a random page, and start typing it word for word. Go slow, so you can really understand what each sentence is doing. Copy their work for fifteen minutes.

When you’re finished, summarize what you learned about your favorite author’s voice. Post your summary in the comments section.

Note: Originally, I asked you to post your copied work here. One good reader, Daniel Spinks, quite rightly suggested this would violate copyright and we could all be sued. So yeah, don’t do that. 🙂