Write For Your City

“I guess when you're a poet laureate you're a poet for a particular group of people,” said Paul Willis. “It makes you think of the whole community, and how poetry can be part of their lives.”

I had the pleasure of interviewing poet Paul Willis recently. Paul is the current poet laureate of Santa Barbara, California, the city in which I grew up. We will run the interview later this week, but I wanted to share this quote because it reveals an opportunity for writers.

What if you wrote for your city? To your city? How would that change your voice? 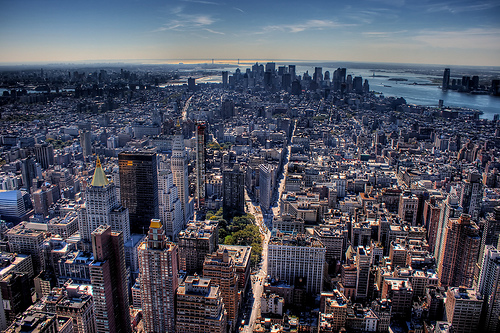 Poets once were the servants of kings and princes. They wrote the histories of the people, speeches for the great events, and sometimes, when the occasion called for it, a good ol' fashioned drinking song.

In a way, their words were food for the community.

I once wrote a prose poem to a group of friends. Sitting around a table full of Italian food, I read it to them. Never has anyone listened so intently to anything I've written. Since they knew it was for them, for them alone, they engaged with it more deeply than if it were written to some abstract audience.

What if you made yourself the unofficial poet laureate for your city? What would you write?

You could write about love, betrayal, joy, fear, peace, anger.

But most of all, your words would be a gift for the community, food for their lives. “Life isn't a support system for art,” said Stephen King. “It's the other way around.”

What if your writing could support the life of your community?

Write something for your city. What will you say?

How will you support the life of your community?

Write for fifteen minutes. When you're finished, we'd love to read what you've written in the comments.