Are you intentionally using complex, that is, “refined” vocabulary in your writing? Is it because you feel it sounds better, sophisticated, cultured? 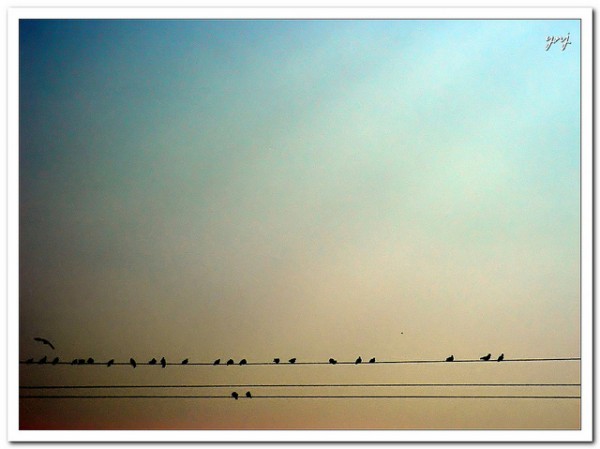 For quite some time now, I've noticed that the best authors write using simple vocabulary. Yet, even though their choice of words is rather simple, the thoughts they are expressing and the way of expression they use is what makes their writing special.

“Less is more,” right? The expansion of minimalism in the past decade tells us that people are pursuing a more simplified life, far away from the stresses of modern society.

The Age of Minimalism in Writing

So, if everyone seeks ‘the simple’, why is it that so many aspiring writers tend to complicate their work with heaviness?

Consider the start of Julian Barnes’s latest novella, The Sense of an Ending, for which he won the Man Booker Prize 2011:

We live in time – it holds us and moulds us – but I’ve never felt I understood it very well. And I’m not referring to theories about how it bends and doubles back, or may exist elsewhere in parallel versions. No, I mean ordinary, everyday time, which clocks and watches assure us passes regularly: tick-tock, click-clock.

Is there anything more plausible than a second hand? And yet it takes only the smallest pleasure or pain to teach us time’s malleability. Some emotions speed it up, others slow it down; occasionally, it seems to go missing – until the eventual point when it really does go missing, never to return.

Isn’t it beautiful with all its plainness? If you follow the development of any experienced writer, you may notice that he moves from a cluttered expression of ideas, as a result of wanting to say so many things at once, to a briefer and simplified manifestation of thought. Indeed, very often one can tell the difference between a beginner and an experienced writer only by this very fact.

What about the very start of Jon McGregor’s debut novel, If Nobody Speaks of Remarkable Things, which made him quite famous:

If you listen, you can hear it.
The city, it sings.
If you stand quietly, at the foot of a garden, in the middle of a street, on the roof of a house.
It’s clearest at night, when the sun cuts more sharply across the surface of things, when the song reaches out to a place inside you.
It’s a wordless song, for the most, but it’s a song all the same, and nobody hearing it can doubt what it sings.
And the song sings the loudest when you pick out each note.

The critics characterized his whole first chapter as lyrical, “poetic prose,” and he achieved this effect without needing to use any weight and cultured terminology. The romanticism and lyricism comes from the expressed emotions and the style of course, but rarely the word choice.

Granted, our natural thought processes dictate how and what we write, because what ultimately matters is staying true to oneself. But if you feel the urge to “upgrade” words and consult a thesaurus, don’t succumb. I mean give in.

Let’s leave James Joyce and Gustav Flaubert to the time they belong, and mark ours within the individual modernism of the simple and majestic.

Do you like to read simple, minimalistic writing or writing that's thick and complex? Do you like to write in a simple or more ornate style?

Write for fifteen minutes in the simplest style. If you come to a “bigger” word, try to think of a simpler one that can replace it. Share your practice in the comments section and make sure you support your fellow writers.