Write As You Would Vomit

This guest post is by Stephen Guise. Stephen is the author of Mini Habits (on sale until 2/10) and the founder of Deep Existence, a blog to help people focus, build habits, and leverage small steps. Subscribers get a personal message every Tuesday (and some gifts). Thanks Stephen!

I hate vomiting. It's scary and unpleasant to expel the contents of your stomach. Also, the feeling that goes along with it should be banned worldwide. But vomiting has taught me an important lesson: 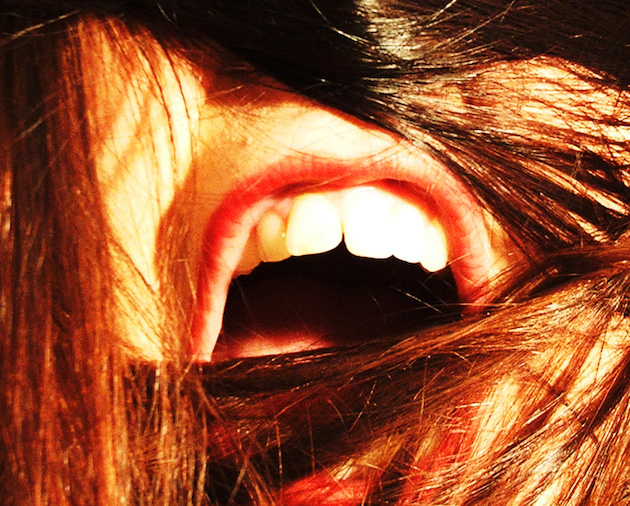 Not directly—I don't look for signs in it. This unpleasant occurrence serves as a straightforward blueprint of how to write your first draft of anything.

Get The Words Out

I don't get writers block. I don't believe in it, either. If I have to, I can write gibberish on the page and edit it later into better gibberish. Any person can force themselves to write text. It might not be good text, but that isn't necessarily bad.

People with writers block are those who are want to polish their work before they have work to polish. They obsess over the topic, the angle, the tone, everything. It's good to think of these things on some level, but if you have writer's block, it means you've taken it too far.

Consider that the best way to figure out what to write is to write. Write down ideas, and when you have an idea, write an outline and start writing; if you're in a standstill, write down what you're thinking. Whatever place you're stuck in, writing can pull you out of it.

When unsure of where to go next, purposefully write horrible, predictable, and cliche ways to continue the story or article. One of the pillars of creativity is that there are no bad ideas, because a bad idea can turn into good idea with a small tweak. Jumping off of a bridge is a bad idea, but add a cord and you have a multi-million dollar idea known as bungie jumping!

Writing a first draft needs to be like vomiting, because anything else will slow the writing process and produce inferior results. Refuse the suggestions of your internal critic. When it pops up, punch it back down like you're playing the Whack-a-Mole arcade game.

Bad Writing Is Good For You

Say you follow my advice, “vomit” out a blog post or story, and it's terrible. Now what?

Comprehension Is Not Application

There are some things I know about writing that I don't always implement well. Likely, these bits of knowledge are buried in the back of my mind. But when I'm writing, it forces me to make all kinds of choices that bring some of those bits of knowledge into focus.

If you're a writer or want to be, the best gift you can give yourself is permission to produce subpar work. Be the worst writer in the world. Lower your standards. This will enable you to practice, which will raise your skill level and improve your standards.

Speed Or Quality… Can You Have Both?

The assumption with most things is this: either do it fast or do it well. Writing a first draft seems to buck this trend. When I edit as I type the first draft, not only is it (painfully) slow, but the quality doesn't improve; many times it is worse.

Writing has two primary modes of thinking. One mode is ideas and structure. The other mode is the technical aspects of how to say it clearly. Save this how part for your revisions, because the brain isn't efficient when you switch modes.

When you switch from writing down ideas to technical editing tasks—back and forth—it's like zooming an optical camera lens in and out; picture the tiny motor that has to do that work! The motor (i.e. your brain) is going to wear out, and the quality of your work will go down. This is my theory as to why my work is better when I vomit out the words first, and clean it up later.

People who edit as they type are afraid that someone is going to see their words before they get a chance to polish them. Don't let it be you.

What about you? Do you write like you would vomit?

For the next fifteen minutes, pick a general outline and start vomiting words out recklessly. Miss commas, misspell words, and embarrass yourself! Resist the urge to rephrase or sharpen your prose. After you finish, you may clean it up.

Then, share your practice in the comments section. And if you post, be sure to leave feedback for a few other writers.