Writer’s Block: How You Got It and How to Get Unblocked

I spent most of this morning trying to figure out what to write. I had four or five different ideas for posts, all of which I threw out. 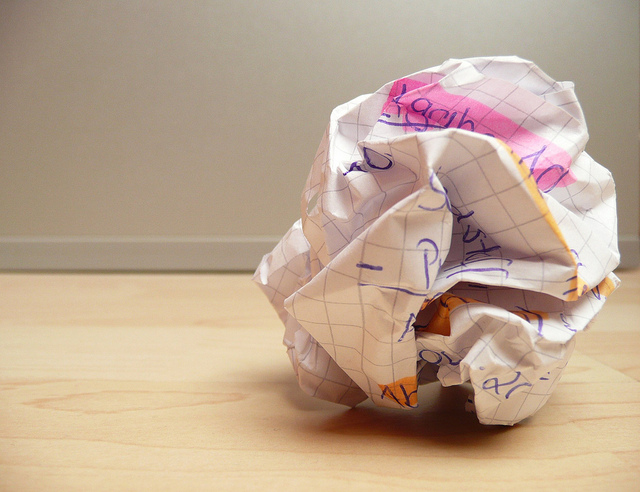 The three reasons I am blocked:

Taken individually, none of these would have been that big of a deal, but together, they sent me down a shame spiral. It's true. I'm a terrible writer. I have no taste. I'm immature. Everyone can read my blog now and see how much I suck. Yada yada yada. Shame shame shame.

The Secret to Getting Rid of Writer's Block

The hardest part of getting over writer's block is to realize you're blocked. Once you know you're sick, it's pretty easy to get through it.

You just have to allow yourself to write the worst sentence in the world.

Barry Michels is a psychologist in Hollywood who charges screenwriters $375 an hour to fix their writer's block.

He once told a screenwriter to kneel in front of his computer for one minute every day, praying to the universe for the ability to write the worst sentence in the world. The screenwriter thought it was stupid, but a few months later he had written an Academy Award winning screenplay.

Why would you want to write the worst sentence in the world?

1. Because it frees you from perfectionism.

I wasted two hours of my morning because I was trying to write the perfect post, one that wouldn't be open for criticism.

2. Because you can't inspire yourself.

In February of 2009, bestselling author Elizabeth Gilbert made a fascinating claim at the TED conference:

There is no such thing as genius.

Inspiration doesn't come from you. It is a gift from something outside of you, and if you write terribly, it's not your fault. All you can do is show up, sit at your computer, and write.

Writing the worst sentence in the world is just as impossible as writing the best sentence, but for some reason, when you intentionally aim to do something awful, terrible, simply no good, for some reason it frees you to do your best work.

If you give yourself permission to be a sucky writer, you allow yourself to be great.

Have you experienced writer's block lately? What caused it? How did you get out of it?

Our goal today is to write the worst sentence in the world.

I want to see spelling and grammatical errors. I want to be bored reading it. I want you to write something so bad that when people read it they think, “This guy / girl sucks.”

In order to write the worst sentence in the world, write for fifteen perfect-free minutes. Then, go through your writing and look for the absolute worst sentence you wrote.

When you've found your worst sentence, have the courage to post it in the comments.