Your Protagonist Must Decide

“A human being is a deciding being,” said Victor Frankl.

My dad and I have been talking about his novel. It’s a fantasy novel that takes place in a mythical, magical realm. The story involves love, intrigue, and war. I actually believe it has a lot of potential.

From San Antonio to Houston we talked through the plot, and it wasn’t until we were almost there that I realized the problem.

His hero didn’t make any decisions. He never took up the quest. Time after time different characters offered a greater purpose, a mission, a project bigger than himself, but he rejected them all. He was content to stay there, accepting the status quo. He was unwilling to make decision.So instead we wait for hundreds of pages while the hero rejects one meaningful story after another.

At the end of the day, a story, like a life, doesn’t have to be perfect. You just have to choose something. 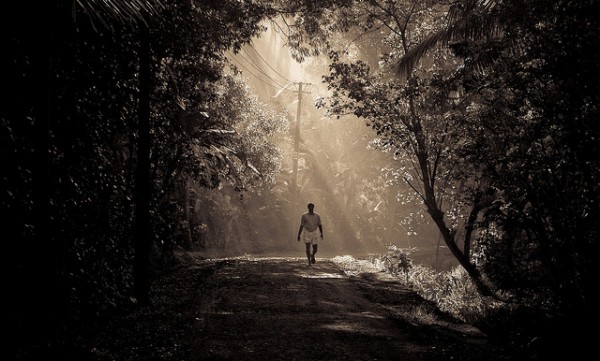 The Need for Something Bigger

A story where the character isn’t sucked up into some greater purpose, a quest, a mission, a love affair, is a boring story. Their story must be bigger than them, bigger than their own personal survival, bigger than making their own name, career, or fortune. Otherwise, we the audience won’t be interested.

Humanity is hardwired for quests, for projects bigger than ourselves, and as writers we have to tap into that need, shoving our characters into quests, missions, projects whether our characters want it or not.

Your hero must decide to sacrifice his or her comfort, safety, stability, and peace to go on one of these missions or else her or she isn’t a real protagonist. Her or she is just a dreamer with a disappointing, narcissistic life.

Your characters must decide.

If they are invited to a quest or mission by another character, they must say yes. Or if they say no, it has to be because they have a different plan and want to do things on their own terms.

If they have a passion, they must follow through and give it all they have, even through the disappointments and pain. Otherwise they are not truly passionate.

If they say no, do not decide, they are not heroes. They are a side character only tangentially important to the plot. Ignore them until you find a character interested in making a decision.

Your protagonist decides to do something.

What ist it? What are the obstacles to making that decision into a real thing.

Write about their decision for fifteen minutes. When you finish, post your practice to the comments section. And if you post, please comment on a few others pieces.