If you've ever thought of publishing a book, you might have heard the term “beta readers.” But what are beta readers? Do you really need them? Are they just free editing, or something different? 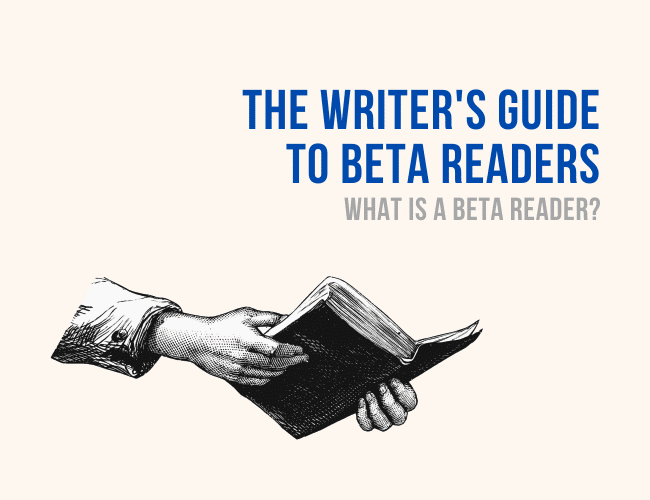 A couple hints: yes, if you're going to publish a book, you need beta readers. And no, they're not a replacement for hiring a professional editor.

I'm about to release a book in the fall. I've done a ton of editing on this book and I knew I was done with what I could do myself. The next step was gathering a group of beta readers and passing off my manuscript to them.

This post is the first of a series of posts that will take you through the entire process of beta testing your book. Stay tuned for more!

If you've ever been on the internet (and if you haven't, what magic are you using to read this?), you've probably heard of “beta testing.” Software companies use beta testers to work out all the kinks in their programming before the product goes live. It's an important step in the development of anything.

A book is no different. The process of beta-ing your book is just like software companies beta testing their products. You give the manuscript to a group of readers so they can “test” if for inconsistencies and major problems.

Beta readers read your manuscript with the eye of a reader.

A beta reader is not an editor. They do not replace editors in any way, shape, or form. (You need an editor, guys.) It is not the beta's job to catch all your typos (though they will probably catch some). It is not their job to brainstorm solutions to plot problems or fix your boring dialogue, either.

Don't confuse beta readers with alpha readers or critique partners. An alpha reader is the first person who reads your manuscript, normally when it's in the very early stages. (Mine is my husband, who has to put up with reading my first drafts. Poor guy.) Critique partners are other writers who look at your manuscript as another writer would: with an eye for writing craft mistakes.

“
Betas look at your manuscript as a reader: with an eye for entertainment mistakes.
Tweet this
Tweet

It's the job of a beta reader to tell you if a character is flat, or if your world rules don't make sense, or if a plotline is confusing. Any of these issues take away the entertainment value of your story and leave readers feeling disappointed. A beta reader exists to minimize reader disappointment when you release your book.

Why Do You Need Beta Readers?

You might not want to hear this, but there is something wrong with your book.

Hear me out. You know how you can read the same page twenty times and then someone comes along and points out a typo? Yep. We've all been there.

The same thing can happen with major issues in your book. Things like inconsistencies in world-building, character description, plot lines, and even misplaced objects in the story can throw your readers out of your book and confuse the heck out of them.

One of my beta readers caught the fact that I had my characters shackled and then a couple of paragraphs later, they were swinging fists and fighting. Where did the shackles go? Good question, dear beta reader.

Several questioned a slang word I'd used. It was an old slang word from the 1920s and they had no idea where to even start with understanding what I meant. That's a problem.

The fact is you're blind to problems with your book, and those problems don't have to be as simple as a misspelled word. You could have major disjointed issues and not even realize it.

4 Qualities You Need in a Beta Reader

Your grandma probably isn't the best option. While you love dear old Grammy, she also loves you, and she's most likely just going to shower you with praise rather than give useful feedback. The same goes for your significant other, your best friend, your parents, your siblings, etc. They're too close to you to be helpful in this situation.

Other than those closest to you, anyone can be a beta! There are some considerations when choosing, though:

1. Your beta readers have to be readers.

This seems obvious, but I've had several people offer to beta for me that never read. If the person has only read one book since they graduated high school, you'll probably want to skip them. They won't be able to give you any kind of feedback simply because they don't know what they're talking about.

2. Your beta readers need to be reliable.

They can't have years to finish reading your book. You need to get it released at some point. Choose betas who have the time to commit to your writing.

3. Your beta readers need to be willing to be honest.

Sometimes brutally. You're not looking for Grammy's praise, remember? You're looking for honest feedback from a reader's perspective so you don't get bad reviews on Amazon when your book is published.

4. Your beta readers should read your genre.

However, if you have a b-plot that goes into another genre, you can look for a couple of betas to help you with that. For example, if you're a horror writer that has a romance b-plot, you may want to recruit a romance reader to help you out with those love scenes.

Just don't stack your deck with fifty people who don't know a thing about your genre or care to read it.

You might be asking, “Well who's left if I can't ask my friends and family?” Luckily, there are plenty of people out there that will be willing to help you out. Why? Simply because you asked for help. (And they think it's really cool to be in on the process of bringing a book into the world.) Good beta readers might include:

I'll talk more about how to find beta readers and preparing for the beta-ing process in the next post.

How Many Beta Readers do You Need?

More than one, fewer than a hundred.

It really depends on how much feedback you think you need and whether you're going to want to do two rounds of beta-ing. One person is not enough to give you a consensus on your book's problems. Fifty is too many to not only coordinate in the process, but to coordinate their feedback into something useful.

Do keep in mind that you may have many people agree to beta for you, but they probably won't all finish (or sometimes even start) reading your book. Look for about a third to half of them to finish, and keep that in mind when you're deciding how many.

I had about thirty-five for my last book. About ten made it all the way through the book in the time frame I gave them, and another five or so made it partially through. So I got feedback from about fifteen people. And that's plenty!

Do Beta Readers Get Paid?

Ah, the big question on every struggling author's mind: How much money do I have to fork out for this?

The answer, in general, is no, betas don't get paid.

There are professional beta readers out there for hire, but most indie authors go the free route, mainly because . . . well, we don't have money.

As I mentioned earlier, most people are super excited and honored to be asked to do something like beta a book and are more than happy to volunteer. Keep track of your betas and their contact information, though!

Since they'll most likely be volunteers, it's only polite to thank them when they're finished. It's also common to send them a free copy of your published book. If they helped you a ton, consider thanking them in the acknowledgments.

Betas Are Essential to the Publishing Process

In my opinion, beta readers are the second most important thing in the publishing process. (The first being professional editors.) If you're finished with your self-edits, you need to start prepping for betas!

Stay tuned for more about the beta reader process!

Have you ever beta read for anyone before? Have you had beta readers before? Tell us how the process went in the comments.

Write for fifteen minutes on this prompt:

You volunteer to test a new product but something goes horribly wrong.

Need a more specific prompt? Try this: You volunteer to beta test a new virtual reality headset, but when the test is over, you can't remove the headset.

When you're, post your work in the comments, and be sure to provide feedback for your fellow writers!