Why Should Anyone Read Your Story?

How often do you look up the definition of an everyday word like “story”? I like looking up simple words like this because the definitions always surprise me. Can you define the word story? 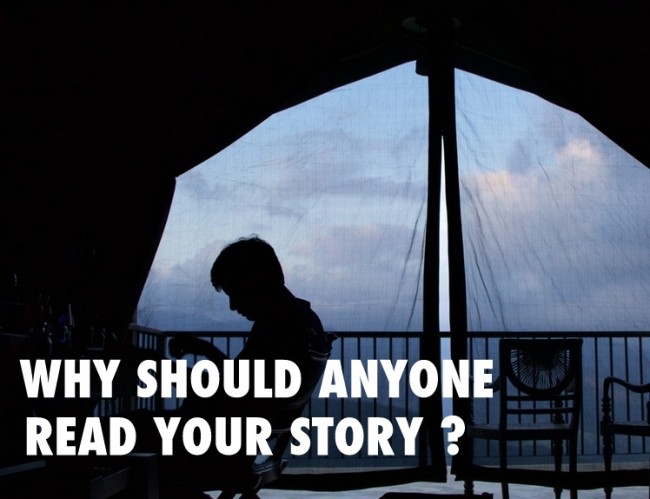 According to Dictionary.com, the definition of a story is:

A narrative, either true or fictitious, in prose or verse, designed to interest, amuse, or instruct the hearer or reader.

The most interesting part of that definition, to me, is the second part, “designed to interest, amuse, or instruct.”

How to Get People to Read Your Story

If you're like many talented writers, your story might not be very interesting. In fact, it might be pretty boring. Too often, writers get caught up trying to express themselves and forget their audience.

How do you do that, though? How do you write a story  that accomplishes the true definition of that wonderful word, “story”?

Below are three subconscious reasons people will read your story. You can find these time honored storytelling techniques in classic literature and pop TV shows, but they are things most readers don't even notice. This is by no means an exhaustive list, but it is effective. 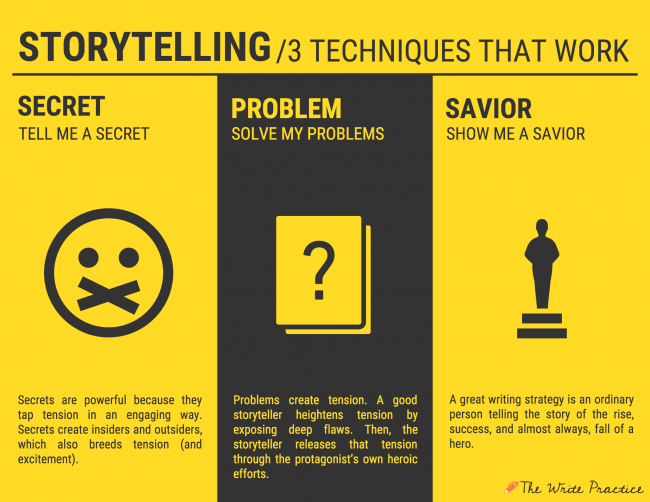 First, people will read your story because you have a secret to tell them. Keith Jennings nailed this in his essay, The Secret. He says:

The secret to a great children's story, or any story as a matter of fact, is that the story involves a secret.  (Are you with me?)

Secrets are powerful because they tap tension in an engaging way. Secrets create insiders and outsiders, which also breeds tension (and excitement).

(Find the rest of this essay here. Brilliant stuff.)

Secrets are also the fuel behind detective stories, including all those formulaic shows on TV we love (or love to hate), like Bones, NCIS, Law and Order, and so on. In these stories, the secret (usually a murder) acts as a puzzle the audience is invited to help solve.

You can find secrets in every genre, even in religious texts. (Read Mark. Jesus had secrets, too.) I recently read The Sense of an Ending, an award-winning, highly-lauded, literary novel about a secret wrapped up in secrets. The power of the novel is that the secret is never fully revealed, even in the last pages. Readers are left reeling, trying to make “sense of” an “ending.” (Yes, the novel is well titled.)

Second, people will read your story because you solve their problems, or rather, you solve problems that people like them (i.e. your characters) are experiencing.

In Save the Cat, Blake Snyder teaches that the first pages of a story are meant to reveal your protagonist's flaws, her real life problems. For example, in the first fifty pages of your novel you might show us how your protagonist is overworked, secretive, single, and that she has very powerful enemies (perhaps your protagonist is a spy?). Or perhaps he's feeling depressed and unfulfilled and was recently fired from his job. You get to decide!

Why are flaws and problems important in stories? Because after good storytellers create problems, they get to solve them throughout the rest of the story.

Everyone has problems, problems with relationships, money, and family, even Superman (especially Superman). The magic of stories is that they allow us to watch as those problems we all face get solved.

“
A good storyteller heightens tension by exposing deep flaws.
Tweet this
Tweet
Then, the storyteller releases that tension through the protagonist's own heroic efforts.

(By the way, beware trying to solve your protagonists' problems for him. This is called deus ex machina, and it will destroy your story's drama.)

Last, people will read your story because you introduce them to an inspiring hero.

In other classic stories, stories like Don Quixote, Absalom! Absalom!, American Pastoral, The Gospel of Luke, and Moby Dick, the authors follow the same strategy: an ordinary person tells the story of the rise, success, and almost always, fall of a hero.

Why does this strategy always work? Because we are inspired by the heroes amongst us, the Achilleses, the Gatsbys, the Lancelots. We admire them and, most of all, envy them. Some of us are confident (or delusional) enough to think that maybe we are one of them.

The Achilles, Gatsbys, Lancelots always die tragically. You can't be a savior, these stories seem to tell us, without sacrifice.

Do you tell stories about secrets, solutions and saviors?

Write a story about a secret, a solution, or a savior.

Write for fifteen minutes. When your time is up, post your practice in the comments section. And if you post, be sure to give feedback to a few other writers.