Is Head Hopping a Myth? 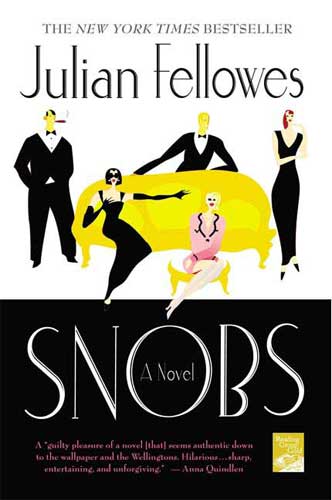 PinAbout a month ago, we talked about head hopping, POV, and how to manage third person limited point of view. After I posted the article on one of my social networks, one poor writer said something like, “I want to scream! First they tell us one thing and then someone comes up with a new rule and we’re all expected to go along with it!”

I feel a lot of sympathy for her. I certainly struggle with point of view. For example, just yesterday I was reading Julian Fellowes’ 2005 novel, Snobs, and noticed a sharp shift in POV. See if you can’t spot it:

[Edith] need not have been downcast. She did not know Charles and had misinterpreted his reticence. Because he was generally seen as a prize, she thought he must share this image of himself but this was not so. He felt that it was he, not Edith, on whom the responsibility for the evening lay. He was shy (not rude-shy, really shy) and so, while he could not quite express it, he was very pleased that she had appeared to have enjoyed being with him.

Did you notice where the shift occurs?

We go from reading Edith’s downcast mind to hearing about Charles’ inexpressible emotions. Isn’t this head hopping, a shift in perspective in the middle of a scene? Should he be using a line break or chapter break to mark this surprising shift in perspective?

Or is head hopping really just a myth, invented by stodgy editors and kept alive by bloggers to make all of our lives more difficult?

What Head Hopping Is and Is Not

After I talked about head hopping last month, one person commented that she had recently read a novel where the author switched views multiple times in the same paragraph.

All this leads to the conclusion, Head Hopping is a myth. Editors don’t actually care about it, and publishers certainly don’t care about it.

However, let’s remember one very important thing about head hopping:

It only applies to third-person limited omniscient.

Let me say that again for emphasis because I think this is where most of the confusion is coming from. You are only breaking the rules if you head hop within third-person limited omniscient.

The Case For Snobs

Julian Fellowes’ Snobs, though, is not in third-person limited omniscient. Snobs, in fact, is in first-person omniscient, which is a surprising and unique narrative mode we don’t see very often.

Basically, the unnamed narrator is posing as someone who knows the details of the story so intimately he can speak of, or at least infer, the thoughts and emotions of all of the characters. In other words, he’s not actually reading anyone’s mind. He’s telling us a story from his vast range of experience—even though, of course, most of this knowledge would be impossible to possess.

And so, no one can accuse him of head hopping because he isn’t actually in anyone’s head. He remains in his own head through the whole narrative.

Why Not Write In Omniscient Mode All the Time?

And she’s right. Snobs, with its first-person omniscient narrator feels like a modern fable. There is a touch of preachiness to it which might turn off some readers (though not me—I love it). That’s why so many people prefer to write in third-person limited, despite the difficulty it poses. It feels more “real.”

Choose one of those characters to be the narrator, and tell the story about their perspective.

Write for fifteen minutes. Post your practice in the comments.