How to Be Funny With Well-Chosen Words

This post is written by the very witty Emily Drevets (her Twitter bio is, “God said let there be stew. And there was stew. And He saw that the stew was good.” Isn’t that amazing?!). She blogs at Snotting Black and tweets @drevets. She’s also a triplet which is cool. Here’s her four tips on writing funny (what’s up with all of these posts having four tips?).

In our visually-focused age of memes and imgur, one thing you may not realize is that people can also be funny with words. In fact, we’ve done it for thousands of years, from the boring and hard to understand William Shakespeare—nice try, Bill—to the more manageable Dave Barry. People have wooed lovers, conquered nations, and embarrassed their children with effective humor.

But how do they do it? 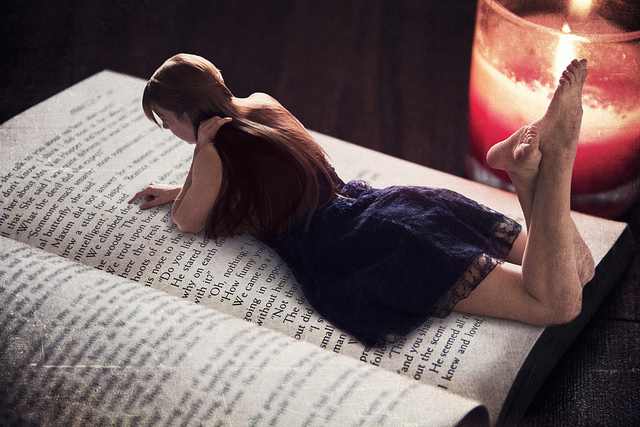 No situation is inherently funny or will make someone laugh by default. The humor comes from the way a given situation is presented. By choosing the right words and framework, you can make anything funny: a 2 year-old’s birthday party, eating a pretzel, stealing quarters from your parents, etc.

The words you choose are your giggle daggers. How can you use them most effectively?

1. Be specific and use vivid imagery.

Why describe someone as ugly when you could say their face is an abomination? Why use the words yell, say, talk, or point when you could say screech, yammer, chit chat, or gesticulate? Why say a man did something when you could say an arsonist did it? Some words and phrases, like chuckle bucket, just sound funny. Use your ears and hear the humor. Read your stuff out loud to anyone who will listen.

Whenever you can, use specific place names, fruit types, brand names, i.e. floppy eared teenager running away to Omaha instead of merely running away to the west. The more ridiculous, vivid, or shocking the image, the more laughs you can milk.

Varying the level of your language can be an effective way of building humor. Don’t be afraid to use slang and formal language right next to each other: “President Obama politely excused himself from the cabinet meeting in order to take a dump” is funnier than “President Obama went to the bathroom.”

Much of humor is the result of surprise. President Obama taking a dump is effective because the phrase seems so vulgar next to his very formal name.

Don’t lie to yourself. If something isn’t working, it must be deleted.  Read what you wrote 10 minutes later and see if the funny stuck. If it didn’t, change something.

You must be fearless, prepared to delete even your most favorite phrases if they don’t fit. Be ready to edit, edit, and edit again.

Okay, now that we’re all funny, you have 200 words and fifteen minutes to tell us something involving spoons. Make it humorous using the above guidelines. You can do anything you want, as long as there are spoons in the picture. When you’re finished, read it to someone and see if they thought it was humorous too. Now go forth and bring the funny.

Disclaimer: Contrary to popular belief, humor is a science, but it is a secret science known only to a group of white haired freaks living underground near Detroit. Therefore, the above guidelines merely elaborate my own theory on humor writing. There are certainly other, incorrect, schools of thought.