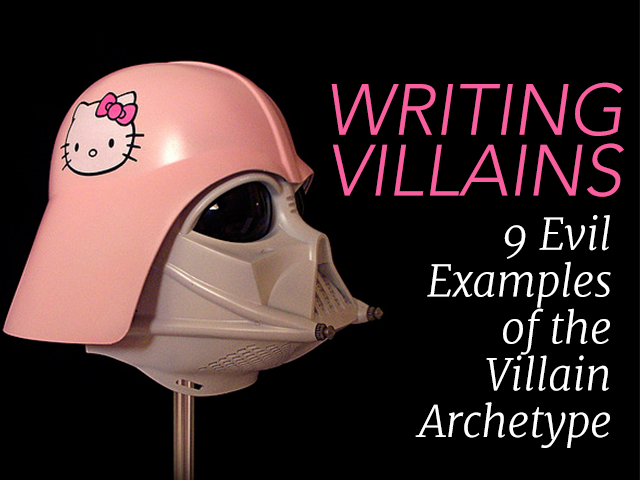 But unless you're writing a fantasy novel, you might not be sure how to do this. You associate villains with Darth Vader and Jafar from Alladin.

What do bad guys look like in realistic literature?

The villain, like the fool, is a classic archetype seen in almost every story from Shakespeare to Disney to films like 27 Dresses. However, unlike the fool, the villain has no consistent character traits. They are a shadow version of the hero, and their personality morphs based on the strengths and weaknesses of the hero.

What this means is that whoever your main character is, the villain is somehow the opposite. To begin our exploration of the villain, let's go through some examples in literature and film. Then, we will make some general observations based on our examples:

1. The Ring from The Lord of the Rings

Yes, Sauron is the big villain in Lord of the Rings, but it's interesting to look at each villain individually as a Shadow form of one of the main characters.

Frodo's shadow and villain is the ring. It is power hungry and malicious compared to his cheerful, relaxed self.

2. Gollum from The Lord of the Rings

With this idea of the shadow in mind, who corresponds to Gollum, who is something of a minor villain (but obviously central to the story)?

At first I thought Frodo's shadow was Gollum, but then I realized Gollum is actually Sam's shadow (at least in The Lord of the Rings). That's why Sam has so much conflict with Gollum later in the story.

3. Saruman from The Lord of the Rings

Gandalf, who consistently avoids recognition, finds his shadow in Saruman, who craves it.

4. Sauron from The Lord of the Rings

And Sauron, in the end, finds his hero in Aragorn, the king who does not seek his own kingdom but is given it, almost against his will.

In Katherine Heigel's romantic comedy, the villain wasn't obvious to me until I thought about Jane, played by Heigel. As I considered her responsible, shy, honest personality, I thought, Who was the character most opposite? Her sister Tess, of course.

Interestingly, Jane “defeats” her villain not by winning her fight with Tess over the man of her dreams. No, instead she wins by actually become more like Tess (and Tess wins by becoming more like Jane).

6 and 7. Dmitri and Ivan from The Brothers Karamazov

8. The Ocean from Finding Nemo

There is no singlular villainous character in Finding Nemo. Technically, Marlin the clown fish's  antagonist is the entire ocean and all the obstacles in it. However, in reality the true villain is biggness. Out of fear, Marlin has become small, and his internal villain is anything resembling big.

Interestingly, the villain in Hemingway's debut novel is actually the nicest guy in the novel, Robert Cohn. This is an interesting study because the seeming antagonist to Jake, the main character, is his own impotence which keeps him from the love of his life, Lady Brett Ashley. However, I would argue that Hemingway is more concerned with Jake's moral impotence, and the only character who challenges Jake's lack of morality is Cohn.

Can you think of any other examples?

After looking at those five examples, we can make some general observations about writing villains using villain archetype:

I think this also enables us to make an observation about conflict itself:

So what are your characters conflicted about? What are their weaknesses, their regions needing growth? Who is their shadow? Once you discover who their shadow is, it's as simple as giving them a name and setting them loose.

Who is your favorite villain from books or film? Let us know in the comments section.

Describe two characters, your hero and your villain. Show how your villain is really a shadow version, an opposite, of your hero.

Practice this for fifteen minutes. When you're finished, post your character descriptions in the comments.

And if you practice, make sure to comment on someone else's practice with your feedback.