Here at The Write Practice we just finished up the latest semester of our Story Cartel Course, a class on how to sell books geared around building relationships in the writing community and beyond. 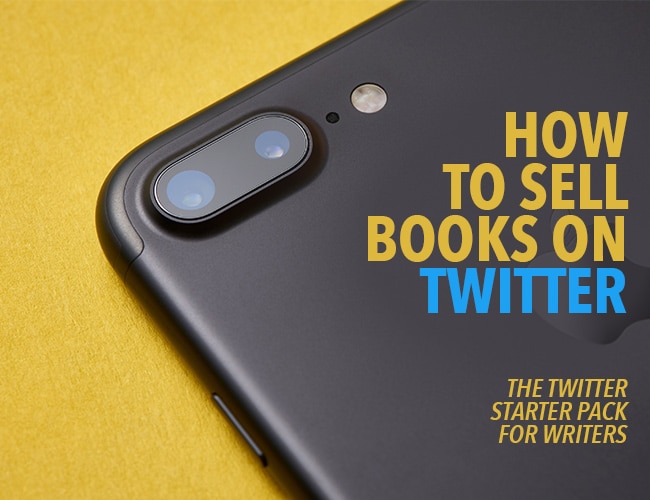 Part of building relationships these days is engaging on social media. (I can just hear the groans now.)

How to sell books on social media

For some of us, engaging on social media is tricky. Writers tend to be introverts by nature, so putting ourselves out there can be intimidating or seem like a useless waste of time. (It’s neither, and you need to be on social media in this industry. It’s just how it works now.)

Then there’s the other side of the coin, those writers that are on social constantly, using it as a procrastination technique to keep from writing. (Don’t do that.)

Most of us probably flounder somewhere in the middle. You might be on Twitter, but you don’t really know what to do or how to build followers for your writing career.

As a little starter pack, I’m going to give you a few Twitter hints and a list of hashtags that will help you connect with other writers, agents, publishers, and, most importantly, your readers.

The best thing about Twitter is getting to bug people you don’t already know but would like to. That sounds disturbing, but it’s kind of the point of the @mention tool and you’ll want to use said tool as much as possible.

You’ll be surprised at the number of famous people who respond to their fans or retweet because they’re mentioned in a tweet. Not to mention the tons of useful writing connections like agents and publishers. Mention them and they might respond.

But don’t stalk them. Don’t be creepy. A general rule of thumb for this industry (and life): be professional at all times.

Here’s how it works:

If you’re sharing an article, book, blog post, etc. @mention the person who wrote it. Example:

If you’re tweeting about an interaction with other writers (or people in general) @mention them. Example:

Wow, what an amazing writing chat with @sarahstypos today! Can’t wait to pick up her new anthology!

If you’re sitting in on a lecture at a conference, getting psyched about a book turned into a movie, really anything that involves another person, mention them. This strategy helps you make connections with the people you’re mentioning as well as with other Twitter users who might be interested in the same person.

You may already know what a hashtag is from them being shoved down our throats at every turn for the past decade, but I’m going to explain them anyway for those of us who’ve retreated from Twitter like a vampire from sunlight.

A hashtag is simply # followed by some words. You’ve probably seen them everywhere already. On social media profiles, in the corner of your TV screen, in ads.

Hashtags help people find your tweets. It’s like an indexing system. There are a million established hashtags for writers already. Here’s a partial list of some of the more popular ones:

And then there’s #PitMad. This one is used to pitch agents. It’s scheduled four times a year. There are variations to this hashtag based on genre, so be sure to check those out as well. And make sure to hashtag all relevant genres!

How #PitMad works is an agent will favorite your tweet if they’re interested in getting a pitch package from you. Each agent will tweet out what they want in that package, so be sure to read and follow directions. You’re only allowed three tweets per manuscript, so spread them out throughout the day and make them count!

You can also make up your own hashtags, but I only recommend this if you’re launching something. Otherwise people won’t find your tweet. Definitely give your launch its own hashtag, but make sure you also include popular hashtags such as #WhatToRead so your tweet is found. Using the right hashtags is a vital part of how to sell books on Twitter.

If you need to look up what a certain hashtag means, you can do that here. And if you need to search for hashtags, here’s the place to do that.

My latest #shortstory just launched! In TITLE, a mother is forced to choose between her biological son and her adopted son. Which one lives? You can find TITLE in @anthologyname. LINK TO SALES PAGE #whattoread #amreading #fridayreads #shortreads #bookrecommendations

Generosity is one of the basic tenets Joe Bunting teaches in his Story Cartel course, and the idea is definitely something you can apply to your Twitter page.

Don’t just self-promote; promote your writing friends as well. Retweet them. Give links to your online reviews when you’ve enjoyed a book. (I had a successful author follow me and hunt me down on Facebook to friend me after she saw my review of her book linked on Twitter.)

Link to interesting articles about your genre to give your readers something to look at and engage with. Ask questions of your readers. Provide writing prompts. Anything you can do to engage your followers is a good thing, as long as you’re not baiting them into an argument. (Don’t be a Twitter troll.)

In short, think of your author Twitter profile as a personal profile for your author persona. You’re trying to build a brand, so keep on point. You can give your readers a little glimpse into your personal life, but don’t overdo it. This isn’t your personal page; this is a business page.

Get on Twitter—and use it!

I know some of you are probably rolling your eyes at this entire article and I don’t blame you. I loathe social media the majority of the time. Especially Twitter.

But the fact is you need to be on social media in this industry. It’s not just how you connect, it’s how you sell your writing. Most agents want you to have an established social platform, as it’s easier to sell your book that way. Social media is the new “word of mouth.”

Don’t worry, you don’t have to become attached at the hip to the Twitter app, but don’t go over a week without posting a thing. People have short memories and will forget you if you don’t stay engaged. And don’t get discouraged if you don’t get a lot of favorites or retweets at the outset. Keep at it. Building a platform doesn’t happen overnight.

Twitter has become a necessary tool in a writer’s book marketing arsenal, so make an author account and get to building your platform!

How’s your relationship with Twitter? Love it? Hate it? Do you have an author account? Any more tips for how to sell books using Twitter? Let me know in the comments!

For your fifteen-minute practice today, I want you to craft a tweet for your latest finished piece. It can be a book, story, or blog post. Write a tweet that promotes the piece. Don’t forget to add relevant hashtags!