Do you listen to and trust your imagination? Become an improviser with your writing and learn to do so. Say yes to your story idea and don't block your creativity. 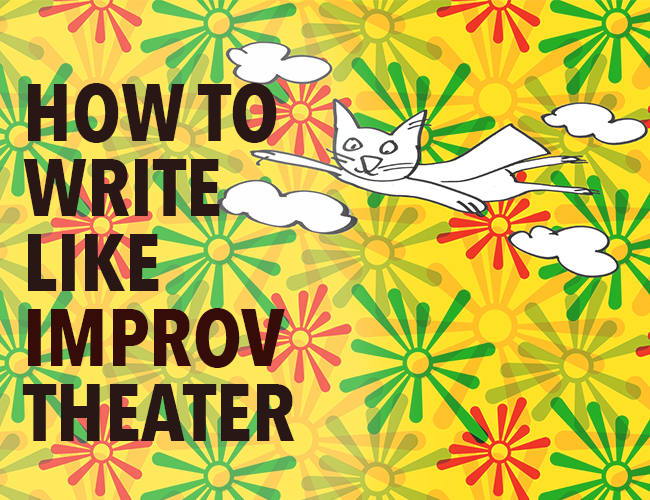 To improvise means to create and perform (music, drama, or verse) spontaneously or without preparation; and to produce or make (something) from whatever is available.

The spirit of improvising is “yes, and.” In theater, an actor gets an idea to start the skit, or a member of the audience shouts out a word. Yes accepts the story idea. And yes, and continues it.

If the audience shouts out the words “cat” and “flying,” the actor will start acting with the concept of  a flying cat. The actor might duck down while screaming, “Look out! There is a flying cat.”

Another actor on stage adds to the scene. The “And” could be the other actor yelling back, “Don't worry. I will knock it down with my badminton racket.” This adds something new to the scene and keeps the story going.

When I was in college I attended an improv show. They invited the audience to come up and do a spontaneous improv stand-up routine.

I also went on stage and did a stand-up routine. My first thought was to talk about my new toothpaste and my bird, and how I answered the door with white powder all over my mouth and bird poop on my shirt. I didn't get pulled off the stage by a hook.

“
The world of yes may be the single most powerful secret of improvising. —Patricia Ryan Madson
Tweet this
Tweet

The key word for improvising is acceptance. The other actor accepts the first part of the story and continues the story.

As a writer, accept your idea and continue the story, your story. Even if it doesn't make sense. Learn to trust your brain, your instincts.

Go with the absurd and write what you don't expect. 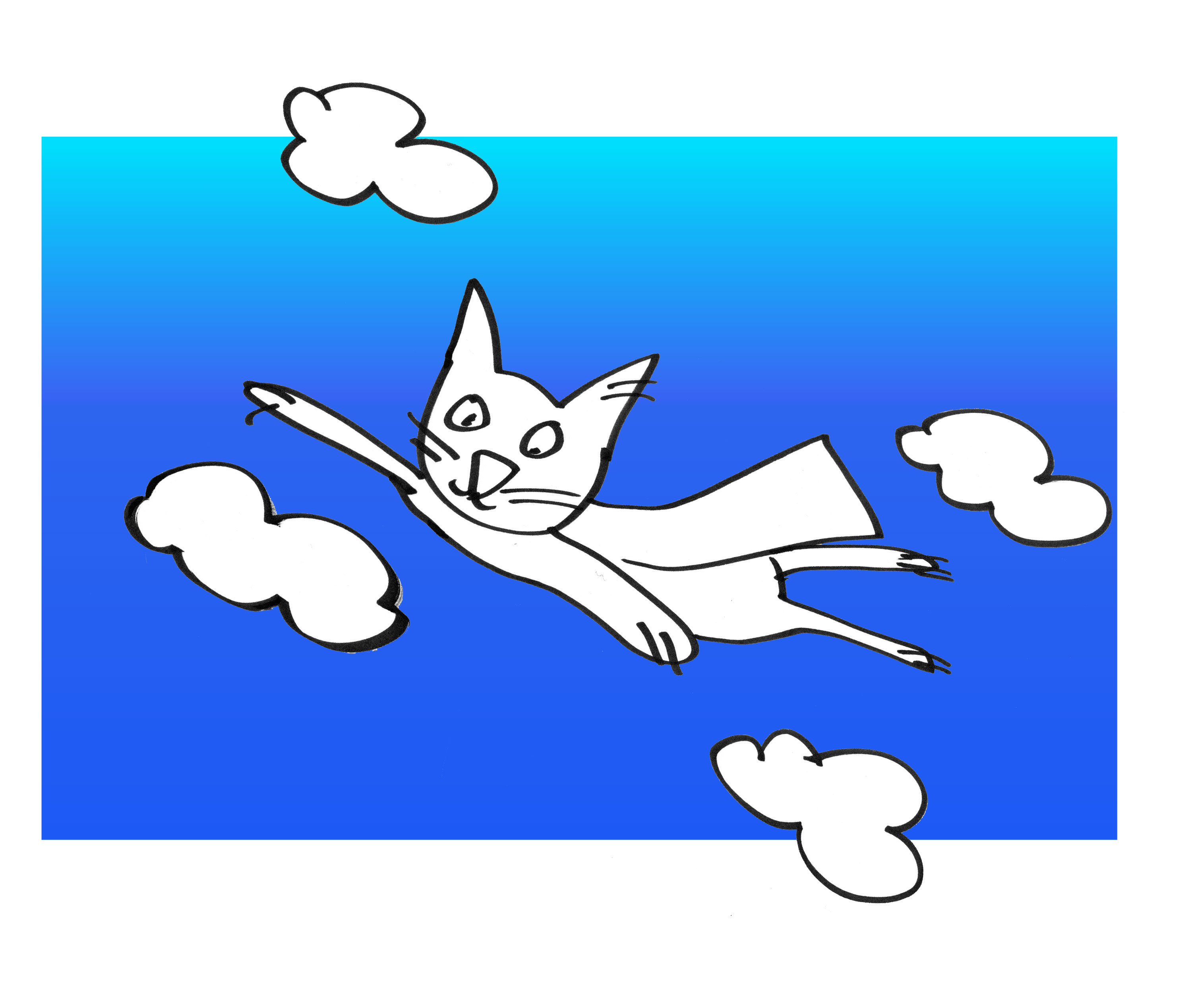 Improvisation fails when the actors don't carry the story forward. Actors want to avoid the cardinal sin of improv: blocking an idea.

As a writer, it is important to accept the ideas you come up with and carry the story forward. Blocking your own ideas would get you the hook if you were on stage.

According to Madson, blocking is a cardinal sin of improvising. She says:

Blocking is a way to try to control the situation instead of accepting it.

Do you remember the example of the cat and the badminton racket? Blocking would have happened if the actor had said, “No. It is not a cat. It is a dog, and it is not flying. It is running.”

When I was writing the actors' lines about the flying cat, my first idea was the badminton racket. My rational brain said to me, “You can't write that. A badminton racket? Find a better idea. And a flying cat? Don't say yes. Say no. Have a flying dog.”

I tried to stop the story. I was not writing as improv.

Instead, saying yes to a writing idea will allow other ideas to come, and the story will progress, grow, and develop.

To write improvisationally is to accept the first idea and build on it.

I showed the first draft of this story to Alice, my editor at The Write Practice. She said to me, “Yes, and” and gave me ideas to help develop the concept of writing as improv.

Writing as improv means writing spontaneously and working with whatever is available.

Why You Should Say Yes

Improvising your writing can help you when you don't have a clue what to write and when you know exactly what is going to happen.

Your brain when it is writing often travels in the same paths as the wagon trains.

Working with the first idea that pops into your head will help you to learn to trust your instincts instead. You don't have to keep it in your story; you can edit it out later, or come up with more ideas.

When I switched and drew with my non-dominant hand the lines were more creative and expressive. Writing as improv allows your mind to go off the wagon trail and find new ways to write.

How to Improv Your Story

Start with a black screen and start writing the first story idea you get, and then keep going. Don't edit in your head; don't block your creativity. Where will your story go if you let it develop naturally? Will you have a badminton racket in your story? A flying cat?

“The key to great story, as with great improv, is to take the ideas that are there and build upon them rather than turning around and saying they won't work,” says Alice. 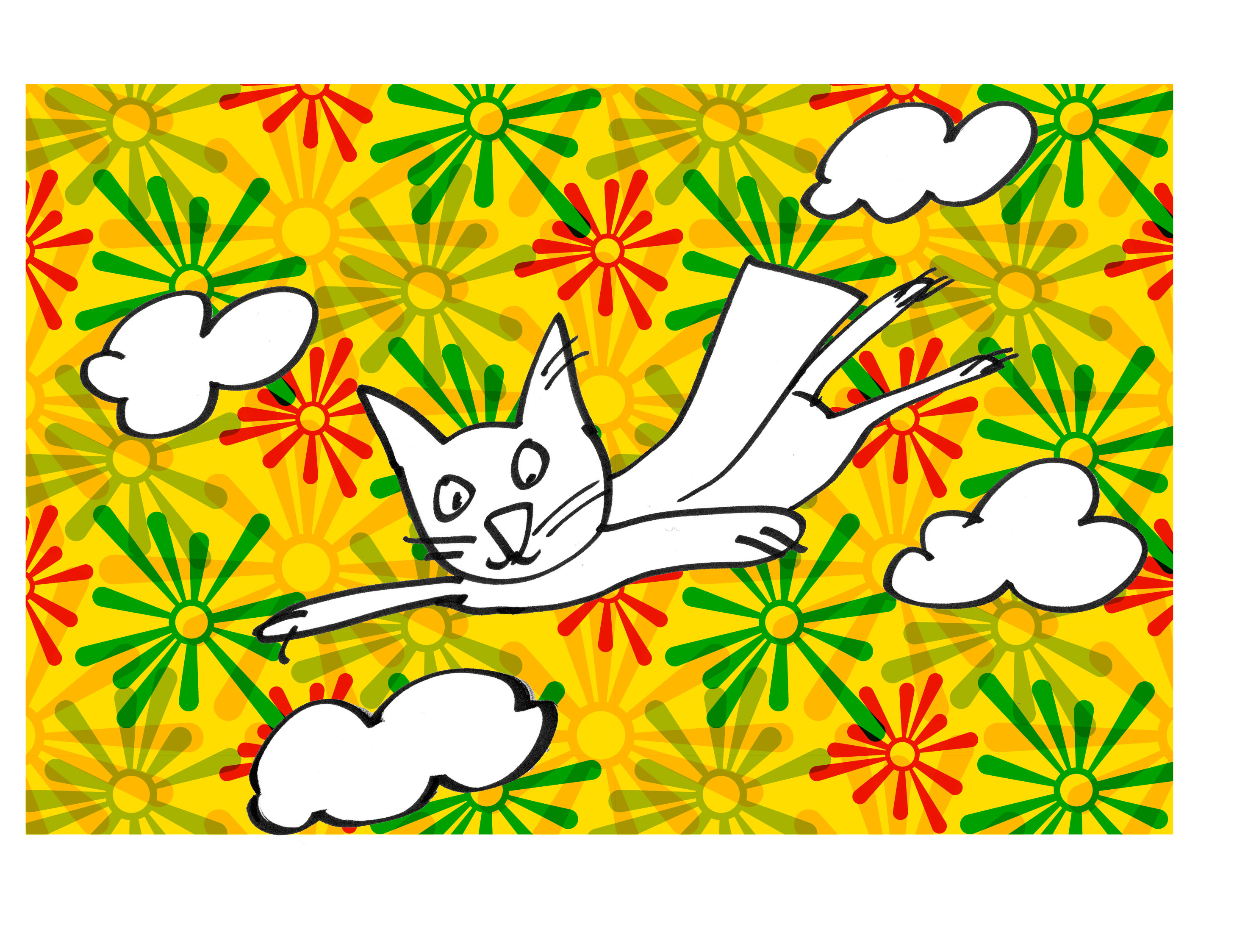 Madson encourages you not to hesitate, and to begin with what you have, as though the idea selected you rather than you selected it.

The improviser focuses on making the first idea into a good one, rather than searching for a “good idea.”

A writer can miss a good story idea and stall with their writing because they are waiting to find the perfect starting place or the perfect idea. Our first thoughts for a story might be ignored. Don't let that happen—go with your first idea and see where it takes you.

Whatever you do, please don't discard your first ideas because you think they aren't good enough.

Start writing with your first idea, and learn to trust your instincts, work with what you have, and start where you are.

Today we are going to write a story together using improv techniques. We will write stories together, as though we are telling a story on stage.

Each person can start their own story, and other commenters will add to it, like improv actors on a stage. The first person who started the story will decide when the story is over by writing the last sentence and THE END.

Say yes to the first idea, and then add to it.

Please take fifteen minutes to start a story with one sentence, and also add to someone else's story.

Let's learn together how to accept an idea and add to it.