How to Use the Rule of Three in Children’s Books

Interesting things come in threes. There are three little pigs, not four. Three kittens lost their mittens, Goldilocks and the three bears, three musketeers. You might even say “three is a magic number.”

If you’re a writer, especially a children’s book author, you should be using the rule of three in your writing. In this post, we’ll talk about how. 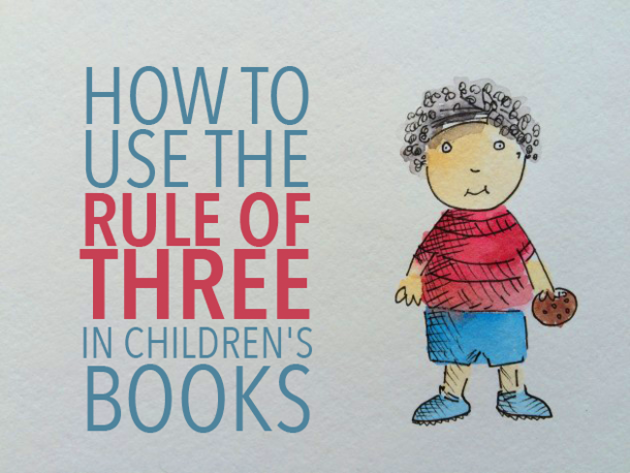 Once upon a time there was a little boy, Frank, who wanted to eat a cookie.  His mother said, “Frank, you cannot have a cookie before lunch.”

For today’s practice, let’s help Frank get his cookie using the rule of three.

What Is the Rule of Three?

Here’s what Wikipedia says about the rule of three:

The rule of three… suggests that things that come in threes are inherently funnier, more satisfying, or more effective than other numbers of things.

How does this work practically though?

In our story about Frank and his cookie, Frank has a problem. In classic children’s book format, he will try three times to solve his problem.

On the fourth attempt Frank will finally solve his cookie dilemma.

Why the Rule of Three Helps Create an Engaging Story

Before you say, “Hey, Hodges, I read a children’s book once, and they tried four times, or five times, to solve a problem.” I know, I know.

Whenever there is a general rule, someone will deviate from it. The rule of three is a guideline.

If the character with a problem, the protagonist, solves the problem after one attempt, the story would be rather boring, wouldn’t it? Readers want to see conflict, struggle!

Your readers want your protagonist to have to overcome the problem with repeating attempts. Why? Because readers want to identify with someone overcoming a major event, in other words something that is hard, even if it is only to get a cookie out of the pantry when they are not supposed to have any.

Two makes the set up, and the third closes the triangle.

Example of the Rule of Three: A Mother for Choco 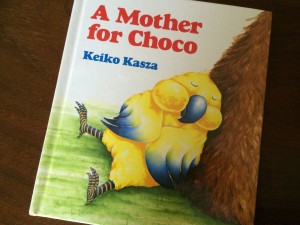 A Mother for Choco by Keiko Kasza is a perfect example of the rule of three.

Choco, like all protagonists, has a problem. He doesn’t know who his mother is. So what does he do? He sets out to find her.

He meets three different animals, a giraffe, a penguin, and a walrus.  He asks each of the three in turn if they are his mother; they all say no.

It isn’t until his his fourth attempt he finds his mother. I won’t tell you who it is, as that would give away the story.

Okay, let’s help Frank get his cookie. Here is the plot outline for Frank Wants a Cookie to show you what I mean. (I just met Frank today as I wrote this post.)

Frank wants a cookie. His mother said he is not allowed to eat any cookies before lunch.

Failed Attempt#1. Frank goes in the kitchen, and gets a glass of water. While the water is running, he turns on the trash compactor to hide the noise of the cookie jar. Then he sneaks over to the cookie jar and takes out a cookie. His mother walks in and says, “Frank, no cookies before lunch.” She takes the cookie away from Frank. 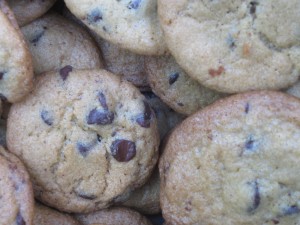 PinFailed Attempt #2. Frank lets the dog out of the backyard. Then runs into his mother’s painting studio. “Mom, the puppy is loose,” he says. “Please go and find her.” As his mother runs out the front door, he runs into the kitchen and takes out a cookie and stuffs it in his pocket.” His mother runs back in the house with the puppy. The puppy sniffs Franks pocket. Then his mother takes the cookie out of his pocket and puts it back in the cookie jar.

Failed Attempt #3. In an attempt to get his mother to leave the house, Frank calls his mother’s cell phone from the house phone, covers his mouth with a handkerchief and says in a deep voice, “Hello, Mrs. Smith, the rosebush you ordered has arrived at the nursery.” The mother notices the telephone number, smiles, and says, “Oh, thank you. I will be right there to pick it up.” She hangs up the phone, goes and gets her son and says, “Come on Frank, the nursery just called. Let’s go and pick up the rosebush I ordered.” Frank goes with his mother to the plant store. He doesn’t get a cookie.

Success! Frank picks flowers from his mother’s garden, goes to the front door, rings the door bell, and asks his mother if she would like to buy flowers. He holds a sign, “Flowers! Cost: one cookie and one hug.” His mother smiles, looks at her watch, and says, “Well, it is lunch time. And I do love flowers.” She goes into the kitchen, gets a cookie, hands it to her son as he gives her the flowers. Then they hug. Frank eats his cookie.

Every story is about a character who wants something and is willing to go through conflict to get it.

In the story we worked on above, Frank wants a cookie. He wants it so much that he tried three times to get that cookie, each time failing.

The important thing for writers to remember though is that each time he failed we grew to like him a little more. We became a little more engaged in the story. If he had just gotten the cookie on the first try, we wouldn’t have cared nearly as much.

The fourth time, Frank succeeded. And as readers, we’re cheering him on. In fact, after going through each of the failed attempts, it feels a little like we finally succeed.

The same is true for your stories, whether you’re writing children’s books or not. If you let your protagonist get what he or she wants the first time, you’ll lose your readers.

However, if you let your protagonist try and fail using the rule of three, they won’t be able to stop reading.

What do you think of the rule of three? Please tell me in the comments. I would love to talk with you.

For practice today, please think of another way Frank could have tried to get a cookie. Write for fifteen minutes.

Or think of another character, and think of three ways they will try to solve a problem. I hate being told what to do. So, today, I am giving you a choice. Help Frank get his cookie, or create your own character, give them a problem, and help them solve it.

When your time is up, post your practice in the comments section. And if you post, please be sure to give feedback to your fellow writers.